Chengdu lockdown likely to be extended as Covid-19 cases jump 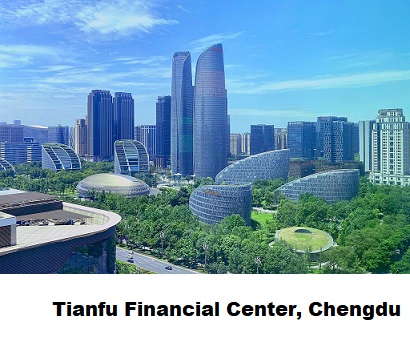 Chengdu — the largest city to lock down since Shanghai — reported 121 cases for Tuesday (Sept 6), up from 90 on Monday.

The city’s latest round of mass testing is due finish at midnight Wednesday, and residents are waiting to see if the lockdown for most of the city will be extended.

There were signs that restrictions were tightening, with Wuhou district, the most populated area in Chengdu with 1.93 million residents, stepping up control of businesses and movement of people as part of a dynamic Covid Zero campaign.

Shops that sell snacks including baked goods, noodles and barbecue kebabs and aren’t on a government white list will be closed. Restaurants need to be approved before they can offer food deliveries.

Essential workers will be checked thoroughly to make sure they have the right passes to move around, according to a statement by the district on Wednesday.

President Xi Jinping has staked his power on protecting people from the level of Covid fatalities seen in the US, which has recorded 1 million virus deaths compared with the 5,200 officially reported by China.

“We should put the people and human life above all else,” the Chinese leader told a meeting of the decision-making Politburo in July.

The costs of sticking to that strategy in the face of more contagious variants are becoming increasingly clear, as growth forecasts are slashed and factory and retail activity slumps.

Nationwide, China reported 1,570 cases for Tuesday, with most infections still found in the southwestern province of Tibet. Beijing reported 14 cases — the most since June 16 — with 13 of them from a university campus in the Changping district.

—From The Star, Malaysia