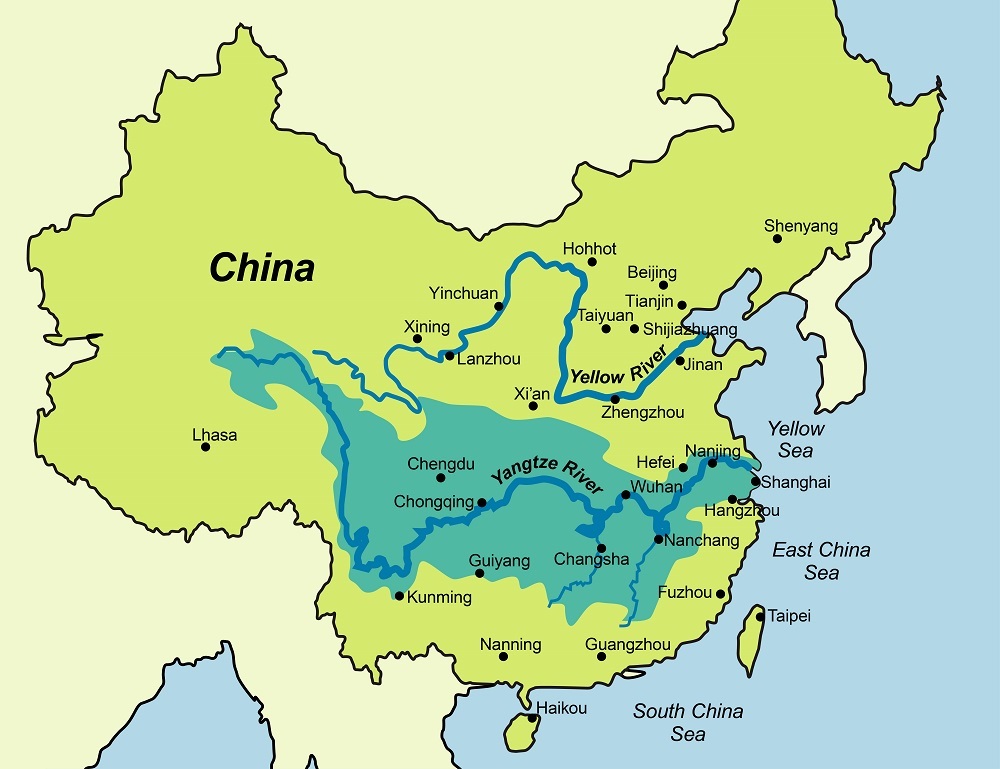 China has issued its first national drought alert of the year as authorities battle forest fires and mobilize specialist teams to protect crops from scorching temperatures across the Yangtze River basin.

The national “yellow alert,” issued late Thursday, comes after regions from Sichuan in the southwest to Shanghai in the Yangtze delta have experienced weeks of extreme heat, with government officials repeatedly citing global climate change as the cause.

The alert is two notches short of the most serious warning on Beijing’s scale.

In one of the Yangtze’s important flood basins in central China’s Jiangxi province, the Poyang Lake has now shrunk to a quarter of its normal size for this time of year, state news agency Xinhua said on Thursday.

As many as 66 rivers across 34 counties in the southwestern region of Chongqing have dried up, state broadcaster CCTV said on Friday.

Rainfall in Chongqing this year is down 60% compared to the seasonal norm, and the soil in several districts is severely short of moisture, CCTV said, citing local government data.

Chongqing accounted for six of the 10 hottest locations in the country on Friday morning, with temperatures in the district of Bishan already approaching 39 degrees Celsius. Shanghai was already at 37 degrees.

The Chongqing region’s infrastructure and emergency services have come under increasing strain, with firefighters on high alert as mountain and forest blazes erupted across the region. State media also reported an increase in cases of heatstroke.

The gas utility in the district of Fuling also told customers Friday that they would cut off supplies until further notice as they deal with “serious safety hazards.”

The Chongqing agricultural bureau has also set up expert teams to protect vulnerable crops and expand planting to compensate for losses ahead of the autumn harvest.

The water resources ministry has instructed drought-hit agricultural regions to draw up rotas determining who can access supplies at any particular time, to ensure they do not run out.

Meanwhile China’s National Meteorological Center (NMC) renewed its high-temperature red alert Friday, the 30th consecutive day it has issued alerts, it said on its Weibo channel. State forecasters also predicted that the current heatwave would only start to abate Aug. 26.

The weather agency said in its daily bulletin that 4.5 million square kilometers of national territory had now experienced temperatures of 35 degrees Celsius or more over the past month — nearly half the country’s total area – with more than 200 weather stations recording record highs###.