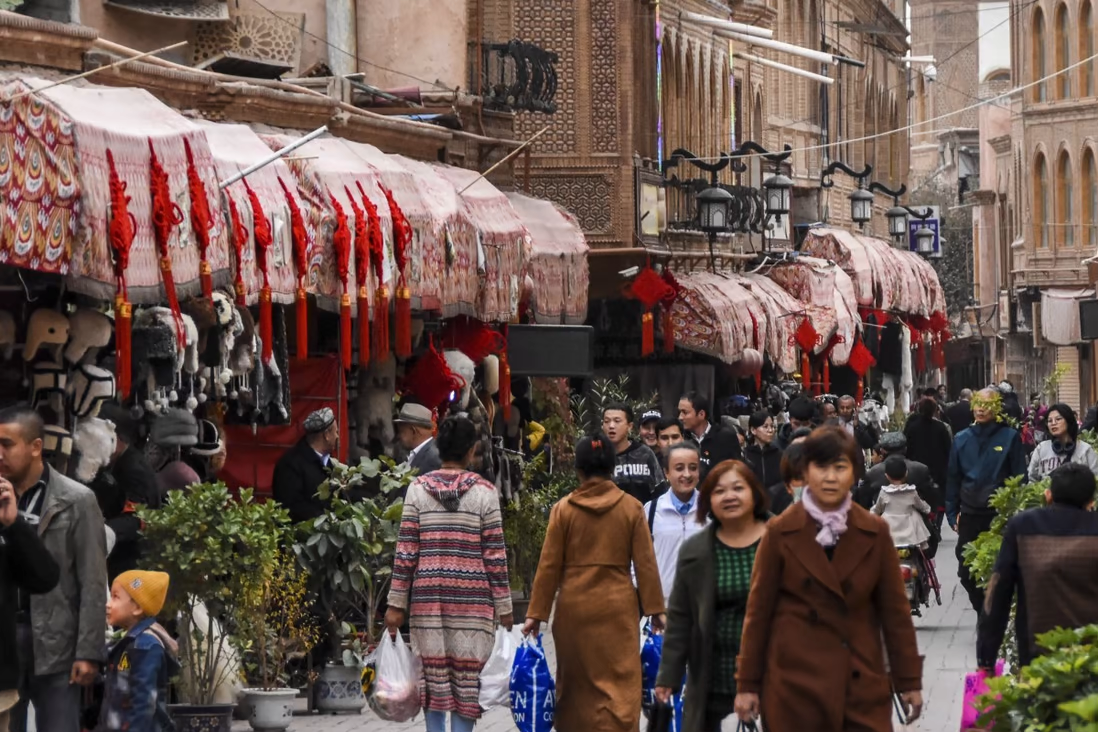 The vibrant marketplace’s destruction is seen is part of China’s plan to force Uyghurs to assimilate. 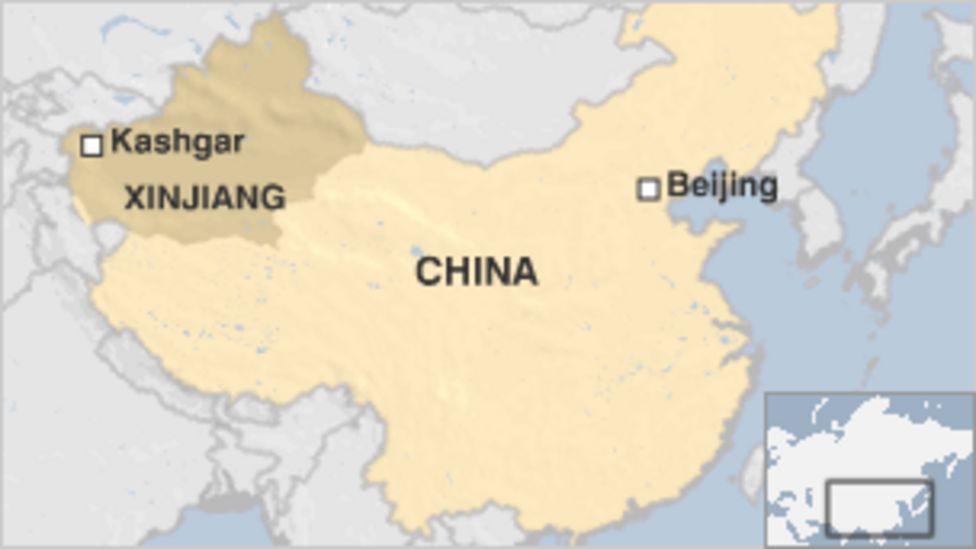 The travel guide Lonely Planet advises visitors to Kashgar, China, to fight the crowds that gather at its Sunday Grand Bazaar and let their senses loose to the smells of spices, the softness of silks and the beauty of carpets carefully woven by locals. The marketplace contains “everything of interest to foreign visitors,” the short blurb states.

Not anymore. Lonely Planet and other guidebooks that promote the bazaar will need to be revised. Chinese authorities are in the process of destroying the famous marketplace.

An RFA analysis of satellite images of the Grand Bazaar provided by PlanetLabs Inc. shows dramatic changes in the market, including the removal of buildings and the roofs of stalls, between photos taken on April 4 and May 4.

According to one local official, a new tourist attraction will arise in its place.

Authorities are well known for taking the wrecking ball to historic streetscapes and buildings across China and replacing them with retro facsimiles to draw tourists. But Uyghur activists and foreign scholars say the destruction of the Grand Bazaar is really about the ongoing campaign by Chinese authorities to erase Uyghur traditions and customs in the region in a brutal campaign of forced assimilation. 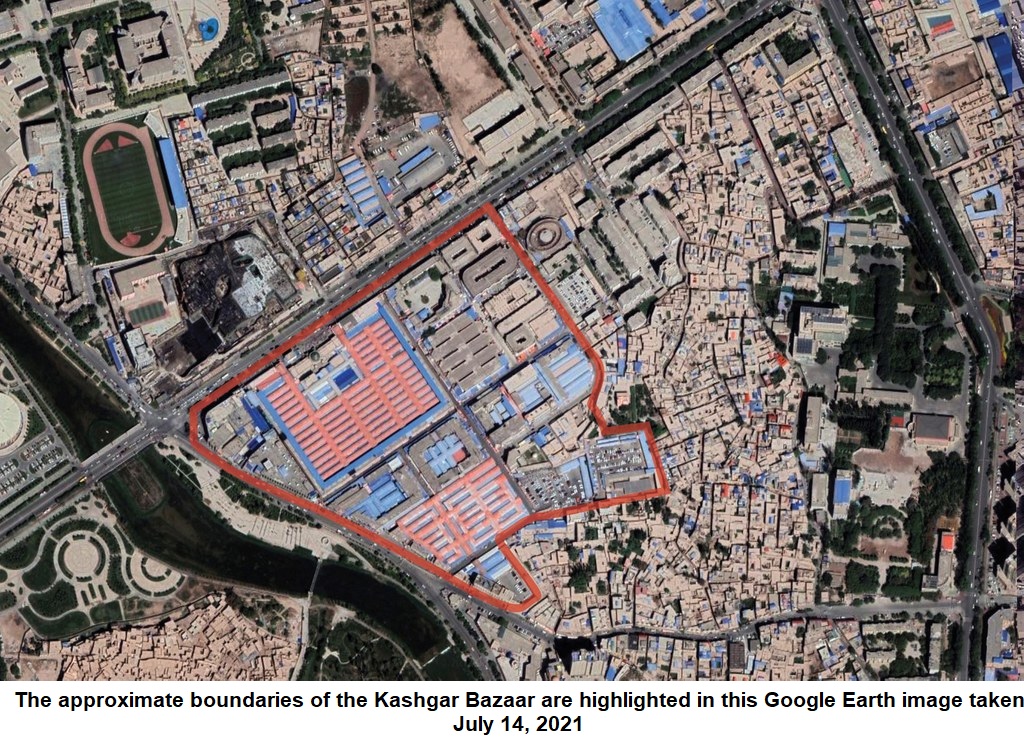 Now the shops are being destroyed and their owners forced to move to a new location away from the city, according to local officials and videos posted by shop owners on social media.

Authorities are cracking down on the criticism too, detaining and interrogating vendors who voiced their displeasure with the government’s decision to tear down the marketplace, local sources said.

Kashgar has a 2,000-year history as a trading center on the famed historical caravan route known as the Silk Road. The Venetian merchant, explorer and writer Marco Polo visited the city as he traveled through Asia along the trade route in the late 13th century. 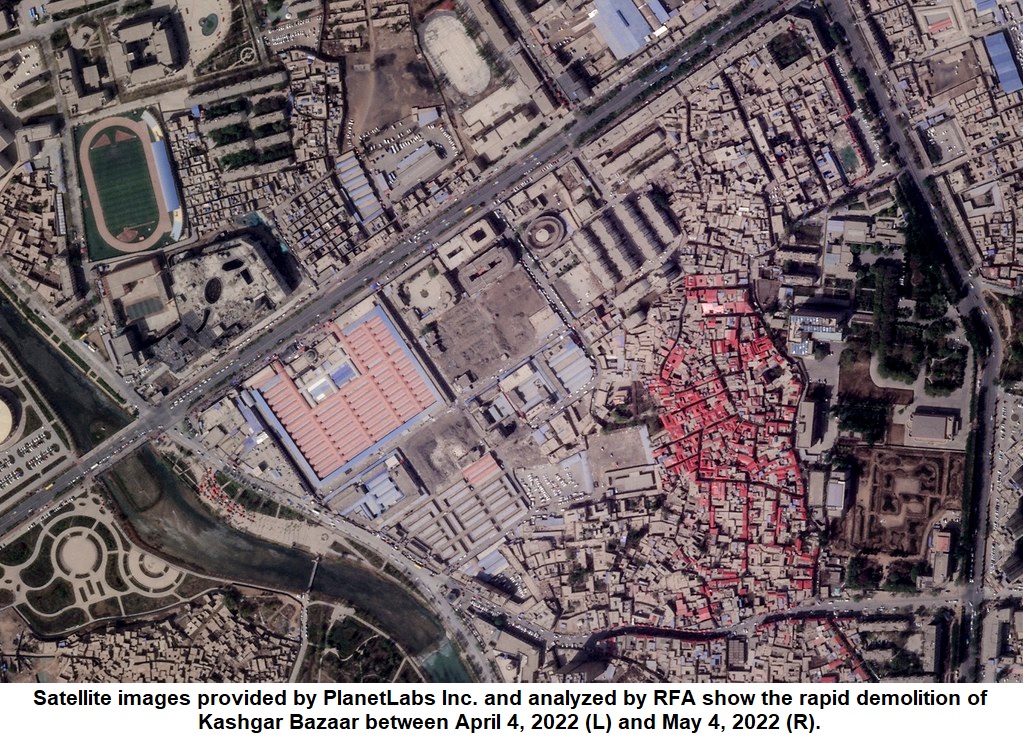 In modern times, the oasis city’s bazaar served as a wholesale hub for traders and businesspeople from neighboring countries such as Pakistan, Afghanistan and the former Soviet states in Central Asia, said Kasimjan Abdurehim, a Uyghur exile based in the U.S. who ran a shop at the bazaar from 1992 to 1998.

It became an international tourism destination for many who visited Kashgar, he said.

“This market was very vibrant and mostly crowded,” he said. “It had all sorts of goods from both local traders and international producers.

“There’s a saying about this market that anyone can find anything in this market except chicken milk,” Abdurehim added.

Through interviews with local police and other officials, RFA learned that the market demolition was developed and implemented by the Politics and Law Commission of Xinjiang.

Officials at the Market Supervision Bureau in Kashgar told RFA in March that the Grand Bazaar was being torn down but declined to answer questions about why and how much of it had already been bulldozed.

Police â€” not officials at the Market Supervision Bureau â€” issued a notice of demolition to shop owners two or three months ago, and they stepped up their control of the market afterwards, local sources said.
“The Politics and Law Commission is working on dealing with the shop owners and the demolition,” said a police officer in Kashgar. “They are not fully done with it yet.

“There’s been dissatisfaction, for sure,” the officer added. “We have already [demolished] two-thirds of the market. We are still working on the rest right now.”

A report by China’s official Xinhua news agency reported on March 31 cited booming business at the Grand Bazaar, which “continues to change and develop,” and shop owners expressing their gratitude to Chinese government. It did not mention the site’s demolition.

An official from the Urumqi Tourism Bureau told RFA that social media reports about the bazaar’s demolition were false and that foreign visitors were not being taken there because of the COVID-19 pandemic.

“This is not correct,” he said. “You cannot trust information on social media.”

But an employee at the Kashgar Hua’an International Travel Agency told RFA in April that the Grand Bazaar had been destroyed and that the vendors were going to be relocated.

A Chinese police officer in Kashgar said the marketplace had been partially torn down when he saw it a month or two earlier.

“Half of the Kashgar Grand Bazaar has already been demolished, and half is still there,” he said.

An official from the Kashgar Chamber of Commerce and Industry also said the Grand Bazaar had been demolished and that business there had stopped.

“We have demolished most of the market,” he said. “There are some shop owners who came from Hotan [Hetian] who are resisting. That’s why we have still not fully demolished all of it.”

“It has already been relocated,” he said. “It doesn’t exist now. Some are moving to the new location. Some have refused to move.”

Though the demolition poses a major threat to the livelihoods of many locals, they have been forced to remain silent out of fear of being punished by Chinese officials in the region.

Kashgar was once one of the most important stops along the ancient Silk Road, the 7,000-mile overland trade route that stretched from China to India and onto Western Europe. Its status as an important marketplace for local trade has continued to present day.

An officer at the Kashgar branch of national security police told RFA that news of the bazaar’s razing sparked outrage among shop owners, although they apparently received at least some compensation from the city government.

It was not clear, however, how much they each received. Some locals said not very much. Shop owners were directed to set up shops more than 12 miles away in Awat village, local sources said.

Another officer in the same office told RFA that another tourist attraction will be built where the bazaar stood after the marketplace has been cleared. He said he did not know the name of the company that has purchased the land.

The demolition of the Grand Bazaar is part of the Chinese government’s process of dispossessing Uyghurs and destroying their culture, Uyghur activists and academics who have studied Uyghur culture say.

Since 2017, Uyghur rights organizations, such as the Uyghur Human Rights Project and the World Uyghur Congress, have reported that the Chinese government has destroyed Uyghur cultural and religious sites such as cemeteries and mosques. 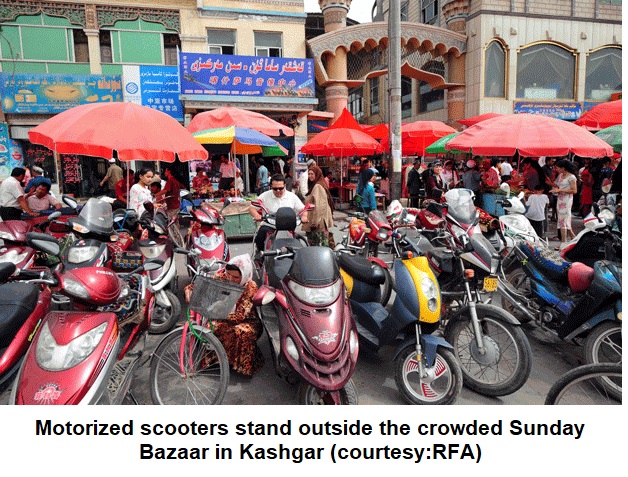 For the past five years, Chinese officials have also ratcheted up a crackdown on Uyghurs and other Turkic Muslims, detaining hundreds of thousands in internment camps and prisons and subjecting them and others to severe rights abuses, including torture, forced labor, and forced sterilizations and abortions.

Anthropologist Darren Byler, who has written about the persecution of Uyghurs, said the demolition of the marketplace is another step by the Chinese government to force members of the larger Muslim community to assimilate into the mainstream culture.

“It may have been that they hoped that the market would become a space like the Grand Bazaar in Urumqi, which is mostly owned by Han Chinese and visited by Han tourists,” he said. “The market in Kashgar is really still a Uyghur place. My feeling is that the government sees it as too autonomous.”

When he last visited the Grand Bazaar in 2018, Byler said that Uyghurs and others had to line up and be electronically scanned before they entered the market.

“The police were also checking people’s phones,” he said. “I also remember seeing how many stalls were locked. People I spoke with said that the sellers had been taken away.”

Byler, a professor of international studies at Canada’s Simon Fraser University, said the Grand Bazaar was a vibrant place where he enjoyed talking to the merchants.

“I spent many hours there listening to medicine sellers diagnose my maladies, telling me their life stories while they checked my pulse,” Byler told RFA. “I also loved speaking with antique dealers and listening to them tell me the stories of their old books.”

Abdurehim, the former shop owner, said in the 1990s the Chinese government tried to build Han Chinese markets in surrounding areas and move the Uyghurs there.

“But that plan never succeeded because of the Uyghurs’ social cohesion and opposition,” he said.
Because nearly all the vendors in the bazaar were ethnic Uyghurs, the marketplace was a “living exhibition of Uyghur culture and spirit,” said Abdurehim.

“What we are seeing today is just the last remaining sections of the market that the Chinese government is trying to erase from history,” he said.