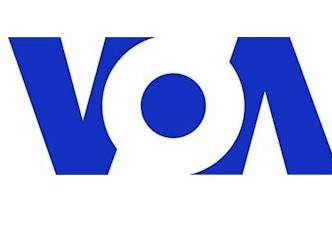 The Uighur exile group in Washington have welcomed the State Dept report on China’s efforts to “manipulate global public opinion on Xinjiang.”

The report by Center for Global Engagement was released on Wednesday. Its title: China’s Efforts to Manipulate Global Public Opinion on Xinjiang.”

Rushan Abbas, head of the Uighur movement in Washington, said the U.S. government’s revelations of China’s false propaganda campaign were good news for Uighurs around the world.

“For years, we have been highlighting China’s false propaganda campaign on the issue of the Uighur genocide,” Abbas told VOA. “It is great to see the State Department finally recognize the extent and depth of this happening and confirm it with this timely report.”

According to Abbas, her Uighur movement team has to deal with false propaganda campaigns in Beijing every day to educate the public about the realities of concentration camps in China and the Uighur genocide.

“I hope this report will wake up the public to think twice before reading any news from China about the concentration camps and the uighur situation,” Abbas said. “I urge everyone to independently read and study the greatest detention of humanity since the Holocaust.”

Abbas said her own sister was arbitrarily detained by the Chinese government in Urumqi four years ago.

“I go through it all every day. For the past four years, my own sister has been suffering in these camps with no end in sight,” Abbas said. “I am just one of the millions of Uighurs around the world who are trying to find freedom for those we love.”

Salih Hudayar, the founder of the East Turkestan National Awakening Movement in Washington and prime minister in exile of East Turkistan, said China’s false propaganda campaign was directed not only in Xinjiang but also in other regions.

“China has been actively manipulating the facts of global public opinion about East Turkistan, Tibet and other countries occupied by China.” Hudayar said. “In light of this report, we hope that the U.S. government will take concrete steps to resist the fact that China is manipulating East Turkistan,”, as China calls Xinjiang.”

However, according to Hudayar, the U.S. government should pressure social media platforms to stop the Chinese government from using its platforms for false propaganda campaigns.

Liu Pengyu, a spokesman for the Chinese Embassy in Washington, D.C., said claims of forced labor and genocide among Uighurs in Xinjiang were “nothing more than vicious lies concocted by anti-China forces.”

“The US side continues to use Xinjiang-related issues to create rumors and create trouble,” Li Pengyu told VOA in an email, “the US government has been spreading false information and lies.” What China is doing is telling the world the truth about China’s Xinjiang region.”