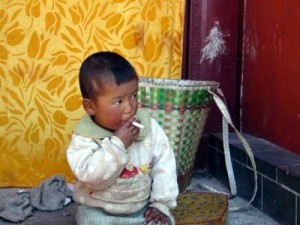 New Delhi (Syndicate Features): Buddha is shining. ‘Rising’ and expansionist China is menacingly inching towards the Indian subcontinent, setting in depression, in its relationship with New Delhi. The environment has turned bluesy. But can India catch up China? It is a question mark. Undoubtedly, China, in conjunction with Pakistan, is pushing its anti-India agenda fervidly as never before.

This presupposition is based on series of cascading events, and if analyzed properly, can lead us to believe that the Dragon is imbued with imperialist designs. It has started prowling in Gilgit-Baltistan region —constitutionally and legally a part of India— in north-west corner of the undivided state of Jammu and Kashmir. China wants India to cut to size. In fact, Pakistan, which is in de facto control of the region, has handed it over to China.

There are confirmed reports that China has deployed an infantry battalion of the People’s Liberation Army (PLA), at the Khunjerab pass (15,397-feet) on the Karakoram highway. The pretext for deployment is ‘security of its workers’, engaged in building a railroad, which will connect Xinjiang to the port of Gwadar in Balochistan, Pakistan.

China wants to grab this region of strategic importance. The ‘bargain’ between China and Pakistan started virtually since the European Union (EU) considered Gilgit-Baltistan as a part of India. China is increasing its sphere of influence rapidly as a new colonial power. It is getting one opportunity after another —thanks to Pakistan’s philanthropic nature—to grab the Northern Areas, brewing with anti-Pakistan uprising.

Excruciatingly, China came scrounging with another hiccup when it disallowed the Indian Army’s GOC-in-C, Northern Command, Lt Gen B S Jaswal, to visit China for a high-level conclave. Why? Because he commanded Jammu and Kashmir, which China has now started treating as ‘disputed’. It is intriguing. It is provocative behaviour. China has changed its stance against India.

Earlier, in August 2009, Lt Gen V K Singh, currently India’s Army Chief, and then GOC-in-C, Eastern Command, had visited China for a similar high-level exchange. His visit then did not create any problem, although as head of the Eastern Command, he had jurisdiction over Arunachal Pradesh, a state claimed by China.

The geo-strategic relevance of Gilgit-Baltistan is significant. The Karakoram highway, linking the region to China’s Xinjiang province, straddles it. The railroad under construction, will link China to Gwadar. Beijing is eager to get hold of this port on the Gulf of Oman, against the wishes of US. The region is the eye of the storm. Even the Americans have been eyeing upon it.

India not only needs to lodge a strong protest against Pakistan’s handing over the de facto transfer of Gilgit-Baltistan region to China, but also act decisively to undo the influx of 7000 to 11,ooo Chinese troops. According to Selig S Harrison, Director of the Asia program at the Center for International Policy: “What is happening in the region matters to Washington for two reasons. Coupled with its support for the Taliban, Islamabad’s collusion in facilitating China’s access to the Gulf makes clear that Pakistan is not a US ally. Equally important, the nascent revolt in the Gilgit-Baltistan region is a reminder that Kashmir’s demand for autonomy on both sides of the Ceasefire (LoC) line would have to be addressed in a settlement”.

Before partition, Maharaja Hari Singh had ruled the entire state of Jammu and Kashmir, including Gilgit and Baltistan. By virtue of the state’s accession with India, Gilgit-Baltistan is legally a part of India. In the 1963 border agreement, Pakistan had ceded 20 per cent of the undivided state’s territory, including Aksai Chin, and trans-Karakoram tract to China.

To counter China, India has to change its Tibet policy and convey to China that Tibet is a separate nation and should be recognized as such. The rub is, India continues to treat China as a ‘zhengyou’ (a candid friend), which is far from the truth. China’s condescending attitude towards India is alarming. India should formulate its policies afresh vis-à-vis China.

Soon after the Tibetan spiritual leader Dalai Lama’s visit to Arunachal Pradesh in November 2009, anguished China announced that it will reopen the issue of Jammu and Kashmir. Now it is exactly doing so by issuing stapled visas to the Indian nationals of Jammu and Kashmir, indicating that it considers the state a disputed. China even objected to a meeting between Prime Minister Manmohan Singh and the Dalai Lama. The exiled Tibetan leader travelled to Arunachal several times in the past. Then there was no fuss. Beijing calls Dalai Lama as a ‘splittist’. Even Manmohan Singh’s visit to Arunachal was opposed. It is horrific.

According to a former Indian diplomat K Shankar Bajpai, “China’s long-term intention in the region (Arunachal Pradesh) should be carefully considered before formulating an appropriate Indian response… we should be ready for all contingencies”.

China claims Arunachal Pradesh as its own territory. The border row is pending resolution. Beijing even blocked lending by the Asian Development Bank to projects in Arunachal. Obviously, China has started giving pinpricks to India. It refuses to paste visas on the passports of residents of Jammu and Kashmir and instead staples them. China refuses to issue visas to residents of Arunachal Pradesh on the plea that they are Chinese citizens.

China’s ‘aggressive approach’ should be seen in the vertex of its close proximity to Pakistan. Inter alia, the two countries want to keep India ‘boxed in’. China has gone crazy for its ‘new sense of power’. It is suffering from narcissism. Beijing has ‘warned’ the international community that to be ‘friendly’ with China, due ‘deference’ must be shown to its ‘core interests’, which include sovereignty over Taiwan, Tibet and Xinjiang. China has a right to grow as a world power, but not at the cost of India. It cannot brow-beat New Delhi.

China has a civilisational past and an ‘extraordinary history’. So has India. The two nations came nearer to each other through Buddhism and developed many contacts. India’s first Prime Minister Jawaharlal Nehru has said in the Discovery of India: “The vitality of the Chinese people astonishes me. I cannot imagine a people endowed with such bed-rock strength going under.”

But it was Nehru who overlooked Chinese trespasses into India, leading to 1962 war with China. According to noted writer D R Mankekar, Nehru was “carried away by his own crusading zeal for world peace and romanticism about peaceful co-existence with China. ….He accommodated Chinese whims …until one bleak autumn morning he was rudely awakened to find that he was not dealing with an honest friend but with a cunning, unscrupulous, cynical foe.” (Syndicate Features)