U.S. security agencies issued a warning on Wednesday (June 8) that Chinese government-backed cyber hackers had launched attacks on a range of targets around the world, exploiting software vulnerabilities in routers and other network equipment to compromise the network systems of “big communications companies.” 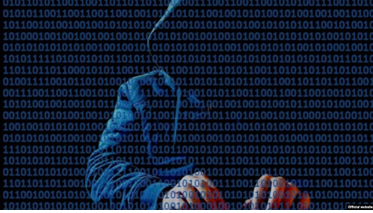 The announcement mentioned vulnerabilities in 16 models of software produced by ten network equipment companies, including Cisco, Fortinet, Netgear, MikroTik, Pulse Secure, and Citrix. Most of these companies are U.S.

“These devices are often overlooked by cyber defenders who struggle to maintain and keep up with the pace of routine patch software updates for network services and end devices,” the bulletin said. It was the

latest in a series of public briefings from U.S. cybersecurity officials. The Chinese government has denied all allegations of hacking involving China.

The FBI noted earlier this year that China has attacked U.S. cyber systems more than hackers from other countries combined.

November, Palo Alto Networks, a U.S. cybersecurity firm, released a report accusing a hacking group with ties to China of hacking into nine international organizations. This is part of a global campaign of Chinese hackers who have targeted at least 370 institutions using potentially vulnerable Zoho servers in the U.S. alone and successfully hacked into at least one, the report said.

In its report, The Network said the compromised institutions were involved in areas such as defense, education, energy, health care and technology. The report said the cyberattacks focused on servers used by companies working with the Defense Ministry, using methods and tools consistent with the practices of the Chinese hacking group Emissary Panda. (Courtesy: VOA)

— FROM VOICE OF AMERICA