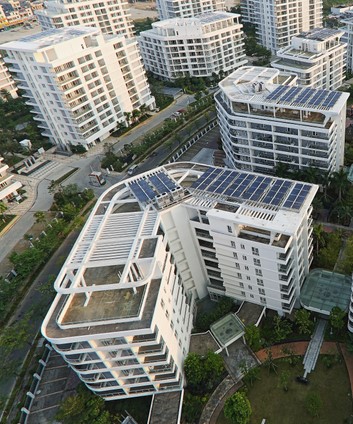 By most estimates, there are tens of millions of flats sitting empty in mainland China .

This is likely to prove problematic for China ’s already troubled housing market as a potential glut of vacant homes threatens to further undermine prices, says a media report from Hong Kong.

“China does not lack homes, with plenty sitting empty, and such high vacancy is risky,” Beike Research Institute (BRI), a Chinese property think tank was quoted as warning in its latest study.

When expectations for the housing market turn sour, a large chunk of empty homes will be put onto the market and could weigh further on the downward pressure on home prices.

” The average vacancy rate across mainland China is 12. 1 per cent, according to BRI’s report, released earlier this month.

The rate translates to some 50 million unoccupied flats, if applied to a study last year by the economist Ren Zeping, formerly of the Development Research Center.

By adding his his estimate made in 2020 to official figures for the number of houses built to completion since then, there are about 400 million homes in mainland China .

That eye-watering number is roughly 16 times the total number of homes – both occupied and empty – in Hong Kong .

Capital Economics, a research and consultancy firm based in London, would put the number far higher still.

It estimated last year that mainland China was host to about 30 million unsold properties, while about 100 million more were likely to have been bought but not occupied.

All of this is bad news for Liu and others like her.

Homeowners across China may find it difficult to find buyers to take on their empty units as the boom era for the housing market runs out of steam.

“Some vacant houses are the residue of the overheated period between 2016 to 2018 when people flocked to buy houses for investment,” said Sunshine Li, a real estate agent in Nanchang, the capital city of eastern Jiangxi province.

About a fifth of the homes in Nanchang are unoccupied, putting it in first place among the 28 major cities that BRI monitored.

The report, and in particular the ranking of cities, triggered fierce debate on social media.

Nanchang residents responded angrily on Weibo, China ’s equivalent of Twitter, declaring that they definitely do not have the most vacant homes.

Such was the backlash that BRI issued an apology on its WeChat account at midnight of August 11, saying its research procedures may not have been “rigorous enough” and promising to cross-check its figures with local authorities to deliver a more accurate report.

Whatever the discrepancies between individual cities, the fact there are millions of homes gathering dust across the country is beyond doubt.

Feng He, 26, a middle-school teacher, said her family owns a three-story, semi-detached house in Kunshan, a city in coastal Jiangsu province, that has been sitting idle since 2017.

It is being saved both as a retirement home for her parents and an investment for herself.

“It feels secure to have them, and if any [financial] uncertainty happens in the future, you can exchange the property for money,” said Feng.

As an only child, she believes she will eventually take over all four properties under her family’s name, including the 4 million-yuan luxury house standing empty in Kunshan.

For years, people like Liu and Feng and their families worshipped at the altar of property, generally referred to as Zhuan Tou, or bricks, in China , driving home prices up 2.5 times over the past decade alone.

But now the boom time is over , the unused houses are beginning to feel less like a blessing.

Liu’s family are struggling to sell one of their vacant units.

“Our old apartment in Harbin has not received a single inquiry so far this year,” she said.

The Chinese real estate sector is mired in gloom .

Some 21 major developers have defaulted on their unmanageable debts in the last year, most notably China Evergrande Group.

Thousands of homebuyers staged a mortgage boycott last month, adding to the woes.

Faith in the sector is wearing thin as no clear and detailed bailout measures have been produced by the central government yet, despite enthusiastic promises to stabilise the housing market being trotted out over and over again.

S&P Global Ratings expects national property sales to fall by as much as a third from last year to between 12 trillion and 13 trillion yuan in 2022, while average home prices could end up 7 per cent lower.

None of this bodes well for anyone wanting to offload their unused properties.

“I am a bit worried that the [vacant units] might become a burden one day if we get stuck with these apartments for years and have to pay maintenance fees and tax,” said Liu.