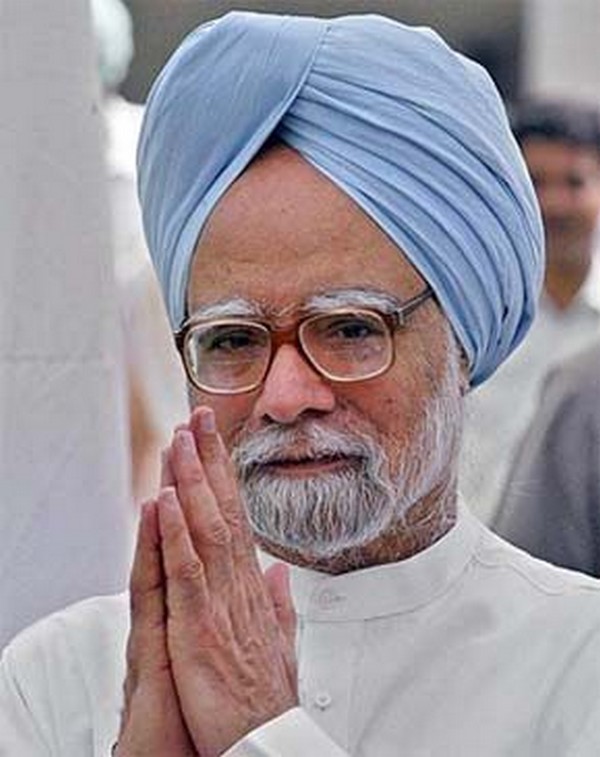 New Delhi (Syndicate Features):  Clutching at the straws is a phrase used when someone makes a desperate attempt to save his or her life or avoid a situation from becoming hopeless. Following the publication of an article with a picture of the Prime Minister Manmohan Singh on the cover in the US magazine Time, dubbing him an ‘underachiever’, there was much uproar in both the ruling party circles and the opposition parties. All that noise appeared to be unnecessary, almost like making a mountain out of molehill.

No sooner had the Time issue with the story on the prime minister been released the principal opposition party, Bharatiya Janata Party, lapped it up as a proven certificate to denounce Manmohan Singh while the Congress spokesmen trashed it. Some of the BJP leaders thought the ‘bad certificate’ from the US magazine was a matter serious enough to demand the resignation of the Prime Minister from his office which he had ‘usurped’ from the BJP in 2004.

It is not the purpose of this write-up to contest the assessment of the Time magazine, much less to offer a defence of Manmohan Singh. Even the blind and the deaf-mute can see that in recent months the government has lost the plot. Why or how, will require a detailed analysis that is beyond the scope of this piece.

It is also not the intention here to undermine the worth of what newspapers or magazines say about a politician or a political party. It is essential for the media to keep a constant eye on what a politician or the party in power is doing—or not doing. Journalism is most suited to act as the watchdog of public interest in a democracy. Governments have come and gone out of power when newspapers within a country have run campaigns against them.

But it is doubtful if the same results have been achieved with the help of foreign publications. During the Cold War era the western press, then denounced as the Capitalist Press, gunned for Communism (and also the Soviet Union) but it was not defeated and demolished because what a foreign magazine had written in a particular issue. In fact, in the entire Communist Eastern Bloc no foreign publications were allowed.

A point that strikes one as odd is that the ruling party in a democracy like India, which may not be perfect but claims to have ‘matured’ enough, gets so easily rattled by an article in a foreign magazine, even though the magazine happens to be an ‘influential’ one.

BJP’s recourse to the article in Time to demand the resignation of the prime minister is understandable but everyone knows that the demand will not be taken seriously. If Manmohan Singh bows out of office before his tenure ends in 2014 it will not be because the Time magazine has found him to be an ‘underachiever’.

When a government fails to live up to its promise shown at the initial years of its rule, it is bound to attract scathing criticism. UPA-II has been at the receiving end of this criticism for some time now even as it sees its problems multiply with allegations of ‘mega scams.’ The Time’s assessment could not have been at variance with what the Indian critics have concluded. As for the ‘influence’ of Time magazine, it certainly does not mould the public opinion in India. Shouting too much at the Time’s article, therefore, does not seem right.

In its anxiety to damn the Sonia Congress at every occasion, the BJP rushed where it should have feared to tread. The saffron party was not well served by its eagerness to corner byte-time. The Congress expectedly reminded the BJP about a June 2002 article in the same Time magazine which described the then prime minister, Atal Bihari Vajpayee, as a ‘sleeping’ captain of a ship.

A ship’s captain ‘asleep’ is infinitely more dangerous than an ‘underachiever’ because the latter is guilty of not working to his potential while the former can run aground the ship and wreck it totally. If the BJP worthies read the Time article of June 2002 they will probably be acutely embarrassed as it referred to the many physical infirmities of the then prime minister in addition to his habit of forgetfulness and a pointed reference to his alleged addiction to the amber stuff.

The BJP-led government of the day was so upset by the Time article that the British author of the piece, Alex Perry was sought to be denied press accreditation and banished from the land. By the yardstick the BJP has chosen to adopt now, Vajpayee should have quit in June 2002 and not waited for the ignominy of facing defeat two years later at the hands of the Sonia Congress which it had written off as an inconsequential party.

It is unlikely that the BJP, or for that matter any other party in India, will take a lesson out of this and stop flaunting critical evaluation by foreign journalists ( or good testimony for that matter) as the reason for demanding a functionary’s scalp or lauding him or her. A person in authority who fails to perform is quickly sized up by the people who make up their mind without having to await ‘certificates’ from a foreign or even Indian publication.

This was what Pandit Jawaharlal Nehru, the first Prime Minister of independent India, had learnt in his life time. His worthy successors have fared no better.  NTRs and MGRs and Jayalalithaas of the South learnt this bitter lesson quite early in their innings. Any doubt?  (Syndicate Features)