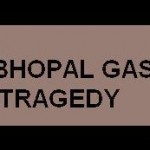 New Delhi (Syndicate Features): Indians born after December 1984 may be excused for rephrasing an oft-repeated poser by the Iranian president, Mehmud Ahmedinejad, to ask: Did the world’s worst gas disaster really happen in the capital of Madhya Pradesh, over a quarter of century ago?

These young Indians would have heard and read a lot in the media about how thousands of people were killed by a toxic gas leak at the Union Carbide factory in Bhopal—and many more thousands maimed for life.

But if a crime of that unimaginable dimension did take place in Bhopal, how is it that nobody seems accountable for it? No one seems to have been really punished—unless one calls a court order for a two-year jail sentence, instantly bailable, for seven Union Carbide executives an apt ‘punishment’.

Just as the Iranian leader’s question about the holocaust has failed to alter the reality of a great tragedy that befell the Jews of Hitler’s Germany, the Bhopal disaster cannot be dismissed as a figment of one’s imagination when there are so many victims and eyewitnesses in our midst.

Punishment may have escaped some of the perpetrators of the holocaust but few will disagree that plenty of efforts were made to bring as many of them as possible to justice. There have been instances when some perpetrators of holocaust and other ‘crimes against humanity’ committed at the time were traced in countries far away where they were living virtually in disguise, and produced before the bar of justice. Their failing health and advancing years did not save them from receiving whatever punishment the appropriate court deemed fit to award them.

In case of the Bhopal tragedy, all that the (now) nonagenarian Warren Anderson, the chief of the (American) company where the mass murder took place, had to endure was a threat of arrest. His powerful friends and the fact that he represented one of the largest US companies ensured that he suffered no ignominy in India. Help for saving him was available in plenty—and readily. The government of India, including the government of the state of Madhya Pradesh, was only too eager and keen to keep Anderson out of harm’s way.

The Arjun Singh government allowed Anderson to stay on in his plush guesthouse in Bhopal and when the heat was turned on him, a state government plane flew him to Delhi en route to the United State—away from the reach of the Indian law enforcing agencies.

The naïve might ask: even if he had left the country he could have been extradited and tried in India. Only those who refuse to believe that Indian governments, regardless of the party in power, always go weak in the knees when confronting the mighty Americans will ask that question. If Washington does not want a particular citizen of the country hauled by courts in another country there is nothing the aggrieved nation can do about it—unless it is ready to face the American wrath with unpleasant consequences. And hope to survive the domestic wrath by animated huffing and puffing.

It is a law that the US applies only to itself in order to ‘protect’ is citizens in foreign countries. Alright, some exceptions can be made if the person is not of much consequence to Washington, such as an ordinary crook, an unknown bigamist, a drug peddler and the like. On the other hand a foreign national held in the US on criminal charges has little or no chance of being allowed to ‘escape’—certainly not through ‘legal’ means and equally unlikely with the help of a foreign government.

The US wants instant access to anyone who it thinks has been part of a plot to harm its citizens in a foreign country. Washington will do all it can to get a wanted ‘important’ criminal extradited—often with success—but not reciprocate in similar fashion to a request from a foreign country.

In an aside one might point out that the Americans demanded and got immediate access to Ajmal Kasab, the lone Pakistani terrorist to have been captured alive after the Mumbai carnage of November 2008. But India had to wait for months before some sort of access was granted to the American citizen who was born in Pakistan as Dawood Gilani in order to elicit some information from him about the Mumbai terror plot hatched in Pakistan.

Warren Anderson took the plea that he was personally not responsible for the Bhopal tragedy so the government of India had no business trying him in a court. The plant in Bhopal was being run by local (Indian) managers. Obviously, this stand of the former Union Carbide (since known as Dow Chemicals) chief has been approved by successive Republican and Democrat Presidents at the White House.

That is fine, except that the US does not accept similar arguments when it comes to something that happens on its own soil or off its coast. The great oil spill has been an environmental disaster of unprecedented scale, though mind you the loss of life (eleven persons in all) has been nothing compared to the loss of human life in Bhopal.

President Barack Obama has held British Petroleum, whose oil rigs in the ocean burst to cause the spill, squarely guilty. He wants BP to pay for all the havoc the oil spill has caused and would not allow the head of the British company to go scot-free.

For the same Obama, the concern when it comes to Bhopal tragedy is to see that the uproar in India over the light punishment to seven Union Carbide executives does not lead to re-opening of the case implicating Anderson, who, according to media reports, is in his nineties and has turned senile.

There is also another much bigger worry and it is in the context of unfolding sale of American nuclear reactors to India. President Obama and his advisors don’t want the Bhopal case to be a trigger for an Indian law that would to impose full responsibility and levy hefty fines for any mishap at a nuclear plants run by foreign (US) companies.

The US has no qualms about applying double standards in many fields and areas of concern to India. Washington’s task becomes easier when Delhi shows willingness to look the other way. Some plain speaking by India might annoy the mighty Americans. So, authorities in India will do nothing more than make some routine noises about the American callousness and hope that the present crescendo over Bhopal dies down soon.

If that leads some to wonder if the Bhopal tragedy was imaginary, so be it. (Syndicate Features)