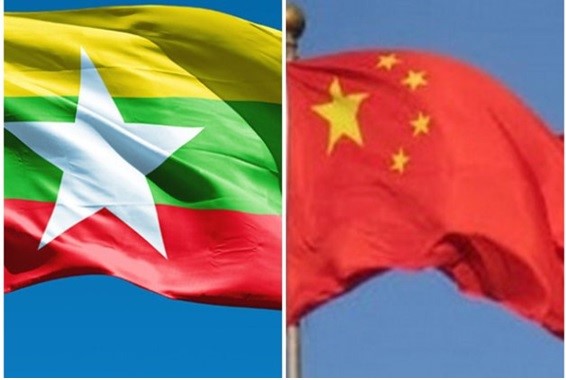 China has cut off electricity supply to the Northern Shan State of Myanmar for nearly nine months. This is for the second time (first was in July last year) Myanmar border villages were deprived of power supply from across the border, according to the Shan Human Rights Foundation.  Both times China justified its stand citing border dispute between the two countries.

Residents of Nawng Kham village near the border also charge China with trying to encroach and grab their lands, reports The Irrawaddy, a Myanmar daily.

This village in Namkham Township is the north of the Shweli River. It gets electricity   from the Chinese village of Nawng Hsawng across the border.

A joint venture between Myanmar’s electricity ministry and China’s Yunnan United Power Development Co Ltd, the Shweli 1 hydropower project, is near the village but has never supplied it with power, a report in Beijing News Net says.

China has been attempting to build fences over its border with Myanmar citing the prevention of the spread of coronavirus. In October 2020, the Chinese authorities started building a double layer of border fencing, 15 to 20 meters apart, near Nawng Kham, the report adds.

The fence is 7 meters high on the Chinese side and 5 meters on Myanmar’s side. It cuts through fields stretching across the border. In July last year, Beijing attempted twice to build more fences on Nawng Kham villagers’ fields. Protests forced it to abandon the plans for now.

“The Chinese have not encroached since the dispute over the border fence”, a spokesman of the Shan Human Rights Foundation (SHRF) told The Irrawaddy, adding that they (Chinese)still plan to build a bridge near the fence.

“Farmers fear they might lose land again because they (China) encroached when they erected the fence in 2021”.  Because of those disputes, electricity has been cut off to Nawng Kham since October 2021.

The power was first cut last July but was briefly restored in October however only to be cut again on October 19 after a house in Nawng Kham caught fire, the SHRF spokesman stated.

Nawng Kham is home to around 2,000 people. And they have been buying Chinese electricity for 20 years and paid for Chinese meters in 2002. Costs fell by about 40 percent when the Shweli project opened.

Why this sudden power cut?

“I think they (China) cut off the power because we (Nawng Kham people) opposed the land grab, a villager was quoted as saying.

Construction near the border is banned under a protocol China and Myanmar had signed in 1961.

The agreement provides for joint inspections of the 2,227 km border every five years. Interestingly, the joint demarcation inspections were conducted twice so far once in the 1980s and again in the1990s.