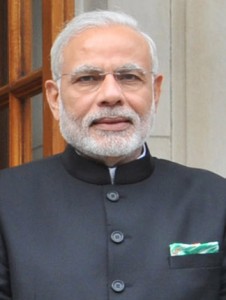 It is not in doubt that the year 2015 saw a discernable decline in the popularity of Narendra Modi within the country—where it matters. Not a good omen for someone who had taken over as the prime minister following an impressive mandate in May of the previous year. During 2015, many discordant notes against him echoed across the country from a wide section of society: artists, intellectuals, economists and, of course, his political opponents. And the poll loses, including the loss in the much-hyped Bihar assembly elections. It was surely a setback for the two BJP leaders who run the party affairs, Modi and his trusted aide, Amit Shah, whom he had nominated as the party president.

But it is equally undeniable that as an itinerant prime minister of India throughout the year Modi had attracted favourable notices—ecstatic in some quarters—abroad. His latest foreign ‘conquest’ was Pakistan where he spent barely a few hours after inviting himself as a guest of his Pakistani counterpart, Nawaz Sharif, when he was celebrating his birthday as well as the wedding of his granddaughter in his mansion in the outskirts of Lahore.

In terms of showmanship, Modi’s trademark, his ‘rocking’ visits to the US and the UK would probably rank much above his brief stopover in Lahore on Christmas Day 2015. But the political echoes of this visit are much louder. The more ardent Modi supporters would have us believe that it was a diplomatic ‘master stroke’ by the Indian prime minister, a ‘path breaking’ event and so on.

The media reaction to all the nearly 30 foreign visits of Modi has largely been euphoric. The hyperboles become stronger and stronger and the ratings of his diplomacy get higher and higher as he notches up huge credit as a frequent flyer each month.

The puff on Modi’s foreign sojourns may be partly the result of efforts by his spin doctors. But quite apparently Modi relishes his foreign visits which deflect attention from the growing criticism that he faces domestically. He obviously believes that the hoopla created by each of his foreign visits counters all the negative publicity that he and his party attract in the country.

His flying visit to Lahore has to be placed in a category different from his other visits. It will take some time to judge the impact of this visit on his image. Pakistan is not just another ‘foreign’ country: it is the ‘enemy’ next door. Many would think that the ‘enemy’ does not change its spots after a quick visit by a neighbour. Modi’s newfound friendliness towards the western neighbor after habitually and regularly demonising it for years perplexes many.

His Pakistan policy hitherto has been confusing Pakistan. He won the polls by promising to be ‘tough’ with Pakistan. His ‘Parivar’ (family) expects him to be ‘tough’. The flip flops on Pakistan stand in contrast to the steadfast positive direction noticed in his policy towards other countries.

The ‘Parivar’ to which Modi belongs consists of right-wing groups who can be defined as unrepentant critics of Pakistan. A change in the Pakistani ‘mindset’ for better Indo-Pak relations is necessary. But the saffron Parivar too has to don new clothes to demonstrate that it has mellowed towards the ‘enemy’ and supports Modi’s ostensible moves to befriend Pakistan.

Are the BJP and its ‘Parivar’ reconciled to the creation of Pakistan? Never mind that Atal Bihari Vajpayee, as prime minister of India, had publicly made a public gesture during his famous Lahore visit that he and his party accept the fact of Pakistan being a separate sovereign nation. But the ‘Parivar’ keeps chanting the ‘Akhand Bharat’ mantra that is in conflict with what Vajpayee said. Ram Madhav, an influential general secretary of the BJP ‘loaned’ to the ruling party by the RSS to keep an eye on the political arm of the ‘Parivar’, rekindled the ‘Akhand Bharat’ controversy during an encounter on a Bahrain-based TV network.

The TV interview took place days before Modi had landed in Lahore but it was telecast, though unintentionally, more or less when Modi was smoking the peace pipe with Sharif. Of course, Ram Madhav, has refuted the notion that the RSS or the BJP believe in achieving ‘Akhand Bharat’, India as it was before August 15, 1947, through military force. He says it will come about with the will of the people of the three countries who were at one time one—India, Pakistan and Bangladesh.

Madhav is not the only Indian politician who speaks of ‘Akhand Bharat’, though some of them like the Samajwadi Party supremo Mulayam Singh Yadav, do not use the term. They speak of a ‘confederation’ which essentially means ‘Greater India’ or Akhand Bharat that will incorporate two other independent and sovereign countries with India.

It is astonishing that these advocates of a Greater India are completely oblivious of the fact that their notion of restoring the boundaries of pre-partition India evokes serious misgivings in the two other countries. There may be people in Pakistan and Bangladesh who desire friendly relations with India but they do not think unification of three countries or redrawing the boundaries is the best way to do it. The talk of reunification or even a ‘confederation’ in the sub-continent is interpreted in India’s neighbourhood as a proof of India’s desire to be the regional hegemon.

For a variety of reasons, including historic, the state of India-Pakistan relations affect internal politics in both countries. The stark fact is that for most of the past 68 years, the two countries have had tense relations with negative perceptions of each other. The use of terror against India by Pakistan has been a major factor in keeping relations between the two countries sour. The BJP has been in the forefront of parties that have exploited the people’s sentiments against Pakistan to enlarge grass root level support.

It is not clear if Modi’s unscheduled visits and talks with his Pakistani counterpart would bring about a genuine change of heart in his party towards the western neighbour when the Opposition parties will be trying to steal BJP’s strong anti-Pakistan thunder. Although it is pointless to be definitive about it at this stage, the Pakistan visit of Modi may not rescue him if his domestic popularity continues to slide as controversies start erupting over ‘scams’, slowdown of economy, rising prices and similar other issues.