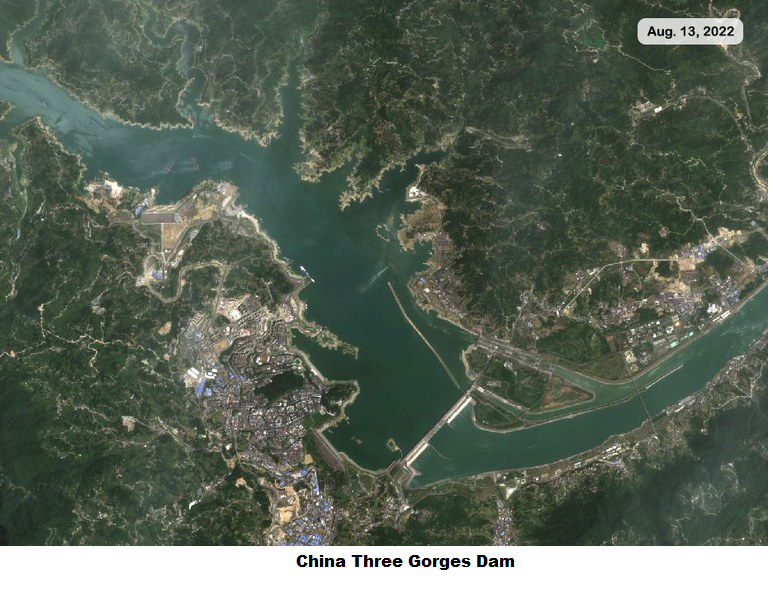 The Sichuan provincial government suspended power to industrial customers from Aug. 15 through Aug. 20 amid a prolonged heat wave that has left water levels at their lowest levels in six decades.

Foxconn, also known as Hon Hai, said it had suspended production at its Chengdu facility, which makes wearable technology, mobile and smart devices, including iPads for Apple.

But the company said the power cuts wouldn’t have a huge impact if they ended as scheduled, Taiwan’s Central News Agency (CNA) reported.

The cuts in Sichuan have echoed severe power shortages in the eastern provinces of Anhui, Jiangsu and Zhejiang, linked to water levels in the Yangtze River that are the lowest seen since 1961.

Water levels in the massive Three Gorges hydropower plant stand at just 135 meters, 40 percent lower than for the same time in the previous four years.

Local governments across the region have issued notices warning consumers to practice “orderly consumption” of electricity, with shortages reported in Sichuan at both peak and off-peak times.

Authorities in Sichuan have switched to a three-tier alert system to ensure power supply, and strive to protect supplies needed for basic functioning.

The Chongqing High-tech Zone issued a notice that it would stagger peak production times to ensure grid security, requiring enterprises to suspend production between the hours of 10:00 am and 2:00 am.

“The summer weather this year has been extreme. It should be the flood season, but there have been no typhoons,” he said.

Zhang said governments appear to be prioritizing residential power supply, in a region that was already known for sweltering summers, and highly dependent on air-conditioning for life to continue as normal.

“They are mostly restricting industrial power consumption … because they have to protect people’s quality of life by ensuring residential power supplies,” he said. “I think this is the right thing to do.”

Temperatures of around 40C have been recorded across Anhui and Jiangsu, with some places recording much higher temperatures than that.

The China meteorological bureau has warned that many cities and provinces in the delta have seen very little rainfall, with rainfall in the area 40 percent lower than in the same period last year.

Water resources ministry spokesman Wang Zhangli said the government has set aside 51 major reservoirs in the middle and upper reaches of the Yangtze River as storage areas for drought relief, and to ensure water supplies downstream.

According to a report on the Yicai Global news site, the drought has hit 644,667 hectares of farmland in six provinces, including Sichuan, Hubei and Jiangxi, affecting water supply to 830,000 people.

Little rain is forecast amid ongoing high temperatures over the next 10 days, according to the national meteorological bureau.

“Yicai Global learned that seven rivers and one reservoir in Chongqing had dried up because of the heatwave,” the report said.

Meanwhile, the Chishui Danxia Great Waterfall scenic area in the southwestern province of Guizhou has been closed due to lack of water flow, it said.

The ministries of finance and water resources set up a 200 million (U.S.$29.5 million) fund for eight provinces and autonomous regions on Aug. 12 to fund water conservancy efforts, drought-relief water transfers, the report said.