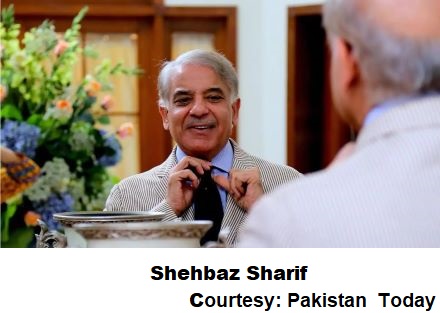 The International Monetary Fund (IMF) intends to ban Pakistan from borrowing more from China, according to a media report.

Islamabad’s plan to seek PKR 7.9 billion from China for China Pakistan Economic Corridor (CPEC) projects is now likely to hinge upon the IMF recommendations says the report in the online Daily Asian Age.

This development appears to be a sequel to ‘arbitrarily high payments’ of more than PRs. 350 billion Pakistan has made to the Chinese companies that have set up power plants under the China Pakistan Economic Corridor (CPEC) project. The payments are said to be outstanding dues to them and were cleared by Prime Minister Shehbaz Sharif after the Chinese companies had threatned to close down. The IMF has advised Islamabad to renegotiate its energy agreements with Beijing, reported Financial Post.

Pakistan is reeling under debt both domestic and foreign. More than 40per cent of Pakistan budget goes towards debt servicing, which, this year is up by 29.1 pc over last fiscal.

Finance Minister Miftah Ismail’s USD 47 billion budget for the ensuing fiscal year has done very little to address the fundamental problems Islamabad’s economy faces. And the global lender has asked him to rework the budget to meet the terms and conditions to revive the USD 6 billion bailout Pakistan badly needs now.