Muslims of the Indian subcontinent mostly follow the Chisti, Naqshbandi, Qadri and Suharwardi Orders. Headquartered at Ajmer, the Chishti Order, with its inclusive traditions, remains the most popular. The legend of Khwaja Moinuddin presents an exemplary life demonstrating the pluralistic and accommodative spirit of Islam as understood by the Sufis, whose teachings have become relevant in the post-9/11 world order 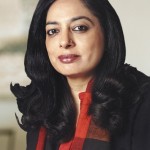 By Sadia Dehlvi
Sufism began to impact the subcontinent after the consolidation of Sufi orders in the Islamic world during the twelfth and thirteenth centuries. Mystic traditions blossomed when the books of scholars like Imam Ghazali, Junayd Baghdadi, Abu Said ibn Abi Khair, Ibn al Arabi, Ali ibn Uthman Hujwiri, Shihabuddin Suharwardi and Mevlana Rumi reached Indian shores, becoming hugely popular with the local believers. Abul Fazl’s Ain e Akbari mentions fourteen Sufi orders active in India during the sixteenth century, many of which continue to flourish. Muslims of the Indian subcontinent mostly follow the Chisti, Naqshbandi, Qadri and Suharwardi Orders. Headquartered at Ajmer, the Chishti Order, with its inclusive traditions, remains the most popular.

Interestingly, the Vedanta and Sufi philosophies had begun to interact before Sufism emerged on Indian shores. The Natha yogis of the twelfth century travelled to Central Asia and Iran from their centre in Peshawar. The Sufis learnt breathing techniques from them to facilitate their meditations. Other wandering yogis and Sanskrit scholars impacted Sufi orders in Turkey, Syria, Egypt and Central Asia.

The Chinese traveller Hieun Tsang writes of Buddhist monasteries and Hindu temples at Khorasan in Central Asia. Hindu scholars taught Indian sciences at the famed universities of Baghdad where interfaith dialogues were held with Muslim mystics.

The Upanishads containing the early expositions of pantheistic philosophy inspired Sufi thought in many ways. The Advaita philosophy was reflected in the Sufi understanding of ‘ wahdat ul wujood’, Oneness of God, as propagated by Ibn al Arabi of the thirteenth century from Morocco who came to be known as Shaykh ul Akbar or the Greatest Master.

It was in this background that Khwaja Moinuddin, one of the first great Sufi Masters arrived in India. Born in Sistan, Khwaja grew up in Khurasan where his parents had migrated. Orphaned at an early age, the young lad earned his living from an orchard inherited from his father. One day as he tended to the fruit trees, Khwaja saw the Sufi Ibrahim Qunduzi pass by and requested that he rest under the shade of a tree in his garden. After eating some grapes, the Sufi took some seeds out of his mouth and placed them in Khwaja’s mouth. It created an illuminating spiritual experience for Khwaja who sold all his possessions and embraced the mystic path.

After spending some years in Samarqand and Bukhara, the Sufi aspirant sought guidance from Shaykh Usman of Harwan who soon appointed the young Khwaja as his spiritual successor. Khwaja came to Ajmer after traveling through Central Asia and the holy cities of Makkah and Madinah, where he was bestowed with the title of,’ Gharib Nawaz’, Patron of the Poor. In India, he laid down the principles of the Chishti Order preaching that the way to God lay in developing ‘ocean-like generosity, sun-like bounty and earth-like humility’.

Gharib Nawaz stressed on the renunciation of wealth encouraging self-discipline and prayer. He preached tolerance, advocating respect for all religions. Khwaja did not differentiate between love, the lover, and the beloved. He believed that while the Hajjis, pilgrims, walked around the Kaaba—those with Divine knowledge circled the heart, for God resides in the hearts of those who love Him.

Khwaja’s inclusive message of peace and brotherhood brought hundreds of thousands to the fold of Islam. He had a great fondness for music, and sama mehfils held at his khanqah attracted both mystics and commoners.

Khwaja died on 6 Rajab 633 Hijri/March 1236 AD and his mortal remains were buried in Ajmer. That night various people dreamt of Prophet Muhammad saying, ‘I have come to receive Moinuddin al Hasan, the friend of Allah.’ and it is said that these words appeared on Khwaja’s forehead: ‘The Lover of Allah died in the love of Allah.’

Through the centuries Khwaja’s devotees have beautified his simple grave. The Ajmer dargah, considered the most sacred in South Asia, attracts thousands of pilgrims from different religious and economic backgrounds in the quest of the Sufi Master’s blessings. It has enjoyed the constant patronage of ruling families and other individuals. The first recorded ruler to visit the dargah was Muhammad bin Tughlaq in 1332 AD.

Later in the fifteenth century, the Khiljis of Malwa and Mandu were devotees of Khwaja. On capturing the fort of Ajmer, Mahmud Khilji paid his respects to Khwaja by distributing offerings in his name. Ghiyasuddin Khilji funded the construction of the Buland Durwaza, the main entrance of the dargah complex. Emperor Akbar remained an ardent devotee of Khwaja Moinuddin, considering himself blessed by the Master. The Akbarnama records Akbar making the pilgrimage to Ajmer 14 times, several of them on foot.

Jehangir credited Khwaja with his birth and the dignity of the Mughal clan. He lived in Ajmer for nearly three years and visited the dargah nine times. The emperor presented another smaller cauldron in 1614 AD, in which food was cooked and distributed to 5,000 people. The two cauldrons are probably the largest and oldest cooking utensils in the world that have been in constant use for centuries.

Emperor Shahjehan visited the dargah five times, and always on foot. He constructed the striking white marble mosque in the dargah compound. His daughter Jehanara, although initiated in the Qadri order remained a lover of Khwaja Gharib Nawaz. The princess authored a well-known book on his life and teachings, recounting her personal spiritual experiences at Ajmer.

The Scindias who took over Ajmer in 1791 AD and remained devoted to the dargah, repairing its many dilapidated buildings. Nawab Haidar Ali Khan of the Deccan presented the crown-like pinnacle of the mausoleum in 1896 AD. On 23 December 1911, the Queen of Britain visited Ajmer and had the water tank roofed. More recently many Indian and visiting heads of state have made the Ajmer pilgrimage. Khwaja’s teachings transmitted through the Chishti Masters led to the popularity of the Chishti Sufi Order.

The Scindias who took over Ajmer in 1791 AD were devoted to the dargah, repairing its many dilapidated buildings. Nawab Haidar Ali Khan of the Deccan presented the crown-like pinnacle of the mausoleum in 1896 AD. On 23 December 1911, the Queen of Britain visited Ajmer and had the water tank roofed. More recently many Indian and visiting heads of state have made the Ajmer pilgrimage.

Khwaja’s teachings transmitted through the Chishti Masters led to the popularity of the Chishti Sufi Order. The legend of Khwaja Moinuddin presents an exemplary life demonstrating the pluralistic and accommodative spirit of Islam as understood by the Sufis. (courtesy: POREG)