Islamists in Pakistan play by Taliban copybook of barbarism 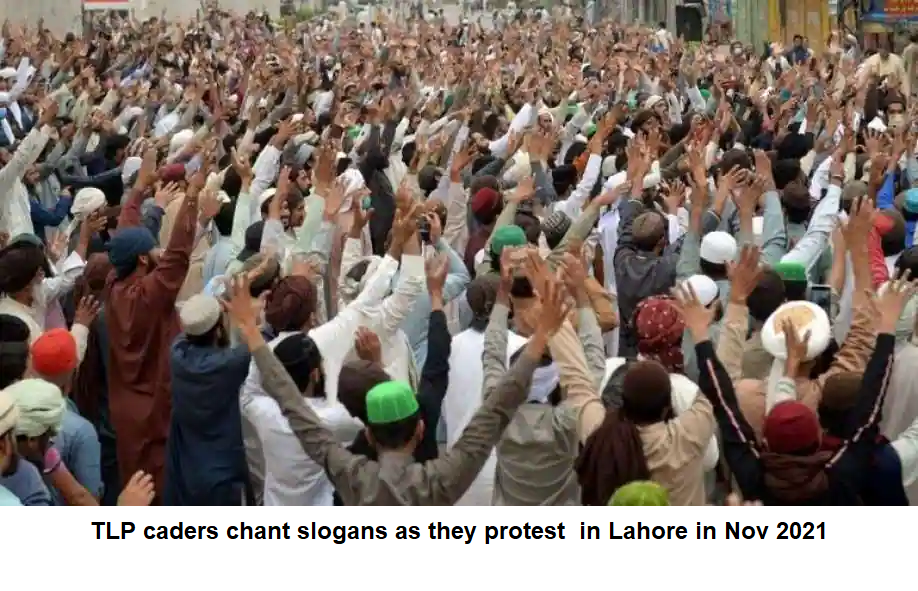 Yet one more person has become the victim of Pakistan’s blasphemy law. And he was arrested on Sunday, Dec 19, from the city of Taxila, which, as a centre of high learning, was a big draw for Buddhist scholars in ancient times. The sedate English daily, Dawn, did not identify the victim, but said, the man was arrested “after a delegation comprising local religious leaders led by Tehreek-i-Labbaik Pakistan (TLP) area president Yasir Mehmood Rizvi informed the police that the suspect had used derogatory language against one of Prophet’s companions publicly in a hotel.

TLP is a far-right Islamic extremist political party. It has been in the headlines these days for the lynching of a Sri Lankan national Priyanth Kumara Diyawadan, general manager of a sportswear garment factory at Sialkot about 100 km from Lahore, the cultural capital of the land of the pure, as Pakistanis describe their country. 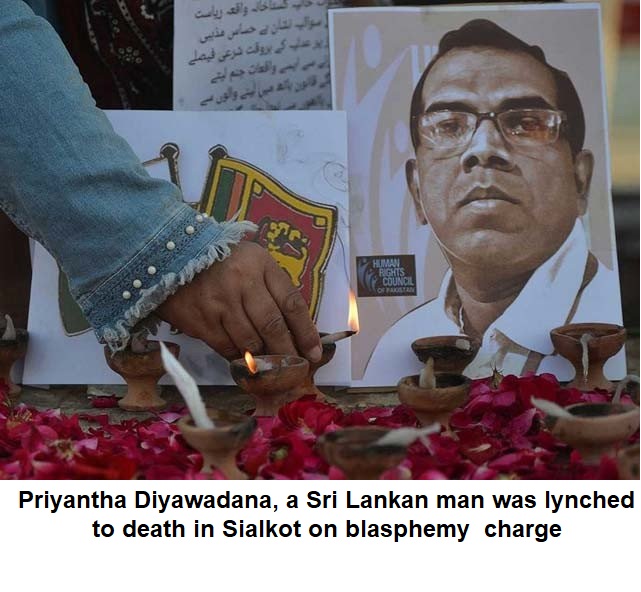 “He personally plucked a TLP poster from his factory wall and tore it knowing well that certain Quran verses were printed on it,” say police but local reports aver that the workers appear to have found an excuse for leveling the blasphemy charge on him after Priyantha had ordered the factory premise to be cleaned before its inspection. It is quite common in Pakistan for people to be accused of trumped-up blasphemy charges which carry long jail terms, even death penalty.

Prime Minister Imran Khan has described the burning alive of the Sri Lankan as the ‘day of shame’ for his country and promised to punish the culprits. The actors involved in the barbaric murder were self-confessed members of the Tahreek-e-Labbaik Pakistan, which is backed by both the all-powerful army and the ruling Pakistan Tehreek-e-Insaf, (PTI).

Unlike Imran Khan, defence minister Parvez Khattak was matter of fact in his reaction to the lynching. “There is nothing unusual about the Sialkot incident —an ‘ordinary crime’–which happen when young people get emotional,” according to him.

Khattak was echoing a widely held view in the radicalized society of Pakistan. This became soon clear with the ruling PTI entering into talks with TLP for a poll alliance in the all-important province of Punjab, where elections are due for local bodies. TLP has spurned the offer though. 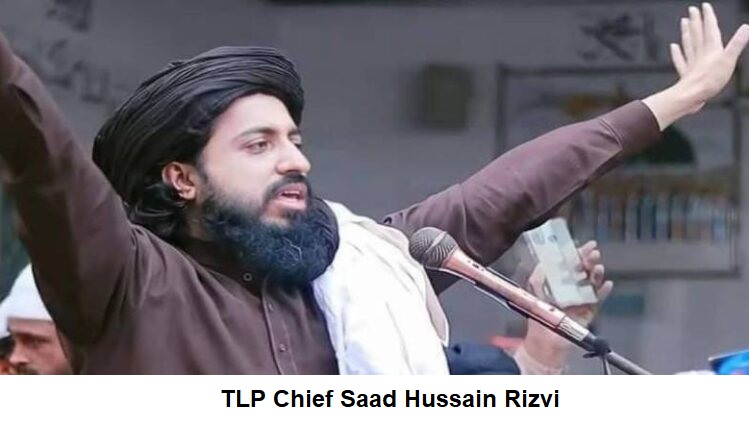 Interestingly, the Imran Khan government banned the TLP in April this year after it staged violent protests and threatened march to Islamabad, the Federal Capital. The TLP had hit the streets to force the expulsion of the French ambassador over the issue of blasphemous cartoons published in France. The all-powerful Army chief, Gen Bajwa brokered peace, which, as it turned out, mostly on TLP terms. The ban on TLP was lifted. And nearly 2000 TLP workers and their chief Saad Hussain Rizvi were set free. 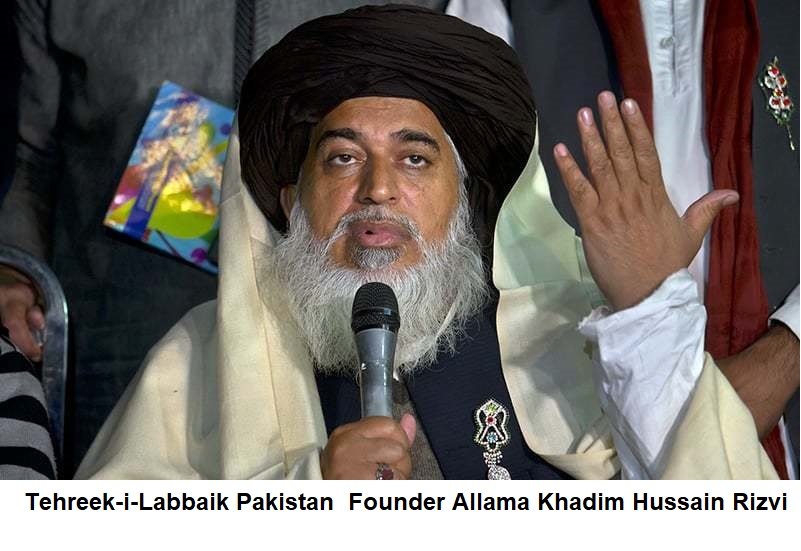 TLP has a history of violent protests since the day it was founded by Saad Hussain Rizvi’s father Khadim Hussain Rizvi in 2015. And has acquired notoriety as the extended arm of the deep state. It organized violent protests and a march against Nawaz Sharif, when, as Prime Minister, he had tried to settle his old scores with the Army.

In January 2011, Rizvi came into prominence as he rallied round Malik Mumtaz Qadri, the killer of Salman Taseer, who, as governor of Punjab, had termed the blasphemy law as a “black law”. He joined thousands of traders, lawyers and others in raising money to defend Qadir who, however, could not escape the death sentence.
TLP organized protests in 2018 against the country’s apex court when it freed from the death row a Christian woman, Asia Bibi, accused of blasphemy by a neighbour. Asia Bibi has since migrated to Europe; the name of the country that gave her sanctuary and the place of her stay are under wraps for reasons of safety.

For reasons which remain a Sudoku, almost all the high voltage campaigns that the TLP launches end up with a compromise that leave the government of the day with a red face. Going by media reports, these “deals” are worked out by the Generals whose proximity has become the USP of Sunni vigilantes and Islamists in the country.

The TLP saga shows that the Pakistani state has done precious little to wean it from its dangerous philosophy. Clearly, the civilian masters and the proxy- king makers do not act against religious extremists. Even Jihadists for that matter. 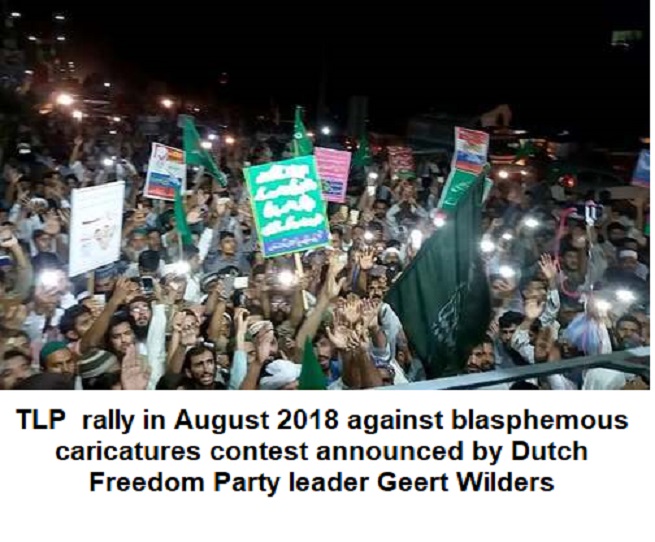 The UN designated chiefs of terror outfits like the JeM and LeT live with full freedom to propagate their ideology of violence and hate. Often to hoodwink the world the likes of dreaded Hafiz Saeed (LeT) and Muhammad Azhar (JeM) are ‘jailed’, but their freedom to ply their dangerous wares is not curtailed.

The return of the Taliban in Afghanistan has become a new trigger for the Islamists of all hues inside Pakistan to play by the Taliban copybook of barbarism. The lynching at Sialkot and the barbarism at Taxila are no more than symptoms of Talibanisation of Pakistan in progress.

(*This commentary first appeared on OpedNews, a US News portal)