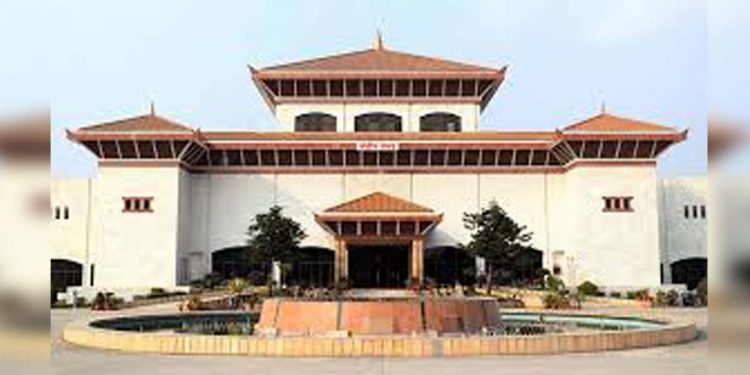 “Kaun Banega Pradhan Mantri”, (who will become the Prime Minister) is the question rocking Nepal with political parties no wiser on government formation after three days of intense parleys. Time is running out.

Nepal Congress and its new ally Maoist Centre must crack the puzzle before 9 pm today, as President Bidya Devi Bhandari decreed soon after the wily K P Sharma Oli lost his game in the trust vote.

Suspense is increasing with every passing minute.

And Thursday, May 13 has thus become the Super Thursday that holds the key to the future of parliamentary democracy in Nepal.

And the unfolding events have made Oli relevant once again. By not taking disciplinary action against dissidents in his party, he appears to have kept the doors open for a reconciliation of sorts. Will luck favour him since Nepal politics have plunged into present crisis because of his style of functioning and his inability to share power. There are no ready answers. Much will depend President Bhandari’s reading of the Constitutional provisions on government formation.

Oli had lost the trust vote by a wide margin – 93 in favour and 124 against with 232 members present on the D-day in the Pratinidhi Sabha (Lower House of Parliament). 15 members remained neutral while 28 abstained from voting.

This arithmetic demand backing of 136 members for majority. NC and MC are nowhere near this magic number. While Oli’s Communist Party of Nepal (UML) has 121 members (28 of them dissidents), the Nepali Congress has 61 members, Maoist Centre 49 (including the Speaker), and Janata Samajwadi Party 32 members, the Nepal Workers and Peasants Party, Rastriya Prajatantra Party and Rastriya Janamorcha have one member each. There is an independent too.

Political observers expected that the Congress President Deuba, backed by the Maoist Centre) Chief Parchanda would take the lead in forming a new government after President Bidya Devi Bhandari Monday evening asked parties to initiate the process to replace the Oli government. Their joint statement along with Janata Samajwadi Party co-chair Yadav, urging the President to initiate the process under Article 76 (2) of the Constitution gave currency to this view.

But these three parties together fall short of the magic figure of 136. Moreover, the split in the Janata Samajwadi Party is wide open with Mahanta Thakur as co-chair warning Yadav going against party line. “In the past Deuba and Parchanda did not do anything to resolve the grievances of the Madeshis, Tharu, minorities and the Janjaties during their tenure as Prime Minister. There is no reason now to go with them”.

The Janata Samajbadi Party was born out of a merger between the Sanghiya Samajbadi Party led by Yadav, and the Rastriya Janata Party led by Thakur on the midnight of April 22 last year after Oli eased the rules for a party split and formation of a new party. Simply put Oli has become the catalyst for a possible split in the party he had himself facilitated in its formation.

If Thakur line prevails, Nepali Congress – Maoist Centre (110 members) will be short of 26 to reach the majority. Even if 17 members owing allegiance to Yadav group go with them, they will still be short by 9 law makers.

Oli and Deuba can close ranks in their quest for power. This is a possibility that cannot be ruled out. In the run up to the trust vote, Oli dashed to Deuba’s residence with such an offer. Deuba poured cold water on the proposition then. He may not yield ground now when Prime Ministership appears tantalisingly close to him on his terms.

Oli and Parchanda can come together. But the Maoist supremo will be loath to bury their bitter past and forget the Oli ways, which had sought to marginalise him

It will signal the return of K P Sharma Oli to the driver’s seat once again. But there is a catch, according to constitutional experts. “ …. the prime minister appointed through Article 76 (3) has to win the vote of confidence of the House within 30 days of the date of appointment”.

There is yet another option before the President.

As per Article 76 (5), the president can appoint any member of parliament if the member presents sufficient ground that he or she can win the vote of confidence. But if the prime minister fails to win the vote within the stipulated time, the President can dissolve the House of Representatives on the recommendation of the prime minister, and order fresh elections within six months, says the statute.

Madhav Nepal holds the key to the NC future, in a manner of speaking.

If his 28-member strong UML dissidents resign, power equations would change on the floor of Parliament. The effective strength of the House would come down to 251 and the Congress-Maoist Centre alliance would need 126 votes.

But will they in their eagerness to cut Oli to size, spite at him, and provide lifeline to Deuba? No ready answers as yet. The ball is truly in Oli’s court. And it is waiting game afresh. Because, in the event President turns to Oli under Article 76 (5), he will need the support of the Nepal faction to prove his majority.

Frankly, given unfolding game of thorns, the numbers quest may end up as a futile exercise and help Oli to achieve his original plan – early polls.

In his distaste of India, Oli had embraced the Dragon but the envoy from the land of Confucius had failed to provide the safety net for him even after driving around Kathmandu and delivering homilies undiplomatically to Oli detractors in the UML.

Enough reason for Oli 2.0 for a rethink, when chips are down.