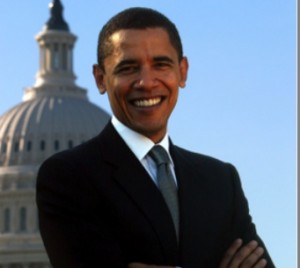 US gross domestic product (GDP) grew 3.5 percent on an annualized basis in the third quarter (July through September), breaking a string of four consecutive quarters of negative growth, the Commerce Department reported.

President Barack Obama hailed the report as “welcome news” and “an affirmation that the recession is abating and the steps we’ve taken have made a difference.” Wall Street rallied on the report. The Dow gained 200 points, reversing a week of losses and nearing the 10,000 mark once again.

The reported increase in the growth rate topped most forecasts. Economists surveyed by Dow Jones Newswires had forecast 3.2 percent GDP growth for the quarter.

Many media outlets and economists were quick to declare that the GDP rise meant the recession which officially began in December of 2007 was over.

However, as a number of analysts pointed out, the scale of the increase provided a distorted picture of the real state of the economy, which remains dominated by rising unemployment, falling wages and near-record low rates of factory usage.

Nearly 63 percent (2.2 percent) of the 3.5 percent increase in GDP was due to temporary government tax credits to consumers that have either expired or are set to expire next month. Federal outlays added another 0.6 percent to growth.

More generally, the GDP rise was the inevitable result of an unprecedented funneling of public funds into the financial system, totaling at least $11 trillion to date, according to most estimates. This diversion of resources to the financial elite has resulted in vast and unsustainable budget deficits and precipitated a sharp decline of the dollar on world currency markets, undermining the status of the US currency as the world reserve and trading currency. The outcome is a short-term boost in growth—one that is still insufficient to bring down the jobless rate—which paves the way for even greater financial and economic convulsions in the coming months.

The temporary spurt in economic growth has been carried out at the expense of the working class. Corporate profits have rebounded, but almost entirely on the basis of deep and widespread job cuts and reductions in wages and hours of work for those able to hold onto their jobs. Profits at some of the major Wall Street banks that received tens of billions of dollars in government cash as well as many billions more in cheap loans, debt guarantees and other subsidies have also surged. The big banks are leveraging their government handouts to return to the speculative practices that precipitated last year’s financial crash, while awarding their executives and traders record bonuses and pay packages.

A vast redistribution of wealth from the bottom to the top, combined with intensified exploitation of the work force, has helped fuel an upsurge on the stock market. The S&P 500 stock index has risen by 60 percent since its low point last March.

The GDP figure reflects, in short, a fragile recovery for the ruling elite based on growing economic distress and social misery for working people.

Fully 1.7 percentage points, or nearly half, of the 3.5 percent growth figure came from motor vehicle output—the result of last summer’s “cash for clunkers” subsidy to car buyers, which expired at the end of August. That spurt in auto production was reversed in September, which saw a 35 percent decline in vehicle sales.

The government’s $8,000 credit for first-time home buyers produced a 23.4 percent jump in homebuilding, which boosted GDP for the quarter by another 0.5 percent. This program is set to expire on November 30, raising fears of another plunge in home sales and prices.

One measure of the ongoing crisis underlying the GDP figure is the fact that business spending reduced the growth rate by 0.24 percentage points. Business outlays fell by 2.5 percent in the third quarter.

Another is the Labor Department report on initial jobless claims issued the same day as the Commerce Department’s GDP estimate. The number of US workers filing new claims fell by only 1,000, less than the 6,000 predicted by economists. The total for the week ended October 24 was 530,000, far higher than the 325,000 figure considered to be in line with a healthy economy.

This followed the previous week’s 11,000 increase in initial jobless claims. The number of continuing claims—those drawn by workers for more than one week—remained at the extremely high level of 5,800,000 for the week ended October 17.

These figures presage a further rise in the official jobless rate from the current 9.8 percent to 10 percent and beyond. The real unemployment rate—taking in account those who have given up looking for work and those forced to work part-time—is at 17 percent, embracing 30 million Americans.

Mass unemployment is being used by the Obama administration as a weapon in its drive to “reduce consumption” and boost US exports on the basis of a falling dollar and low wages.

Average weekly earnings of production workers rose by only 0.7 percent in September, as the average number of weekly hours worked fell to a record low of 33 hours. This represents the lowest annualized weekly earnings growth since such data began to be tracked in 1964—nearly half a century ago.

Since hitting a recent peak in December 2008, real average weekly earnings have fallen by 1.9 percent, according to the Bureau of Labor Statistics.

Factory use was at 67.5 percent in September, just above its all-time low and well off its 80 percent average.

“Corporate earnings are blowing away analysts’ estimates by the widest margin ever.… Half of the companies in the Standard & Poor’s 500 index have reported, and a staggering 81 percent have topped expectations, says Thomson Reuters.”

Noting that these profits have come despite a 10 percent decline in third quarter revenues, the newspaper wrote, “Rampant layoffs and assaults on corporate expenses are showing real benefits.”

Just this week, major corporate layoffs were announced by Caterpillar, US Airways, American Airlines and Shell Oil. Milwaukee County announced plans to shed up to 200 jobs.

The banks, rather than using their government handouts to expand lending to businesses and consumers, are doing the opposite. The New York Times noted Thursday that consumer credit from commercial banks in August was some $45 billion less than at the end of last year. As for business financing, banks’ outstanding commercial and industrial loans fell to $1.411 trillion in September, $170 billion less than a year earlier.

The social crisis is reflected in a sharp drop in consumer confidence, according to a report released this week by the Conference Board, a private research group. The Conference Board’s latest index of consumer confidence fell from 53.4 in September to 47.7 in October, the biggest drop in eight months. Even more dire was the fall in sentiment about “current conditions,” which fell to a 26-year low.

In a further sign of deepening crisis, the Commerce Department on Wednesday released a report showing that sales of new homes in the US unexpectedly fell in September for the first time in half a year, as buyers opted for bargains on existing and foreclosed homes. New home sales fell by 3.6 percent from August to September.

The drop in new home sales, combined with the expiration of the tax credit for first-time home buyers and an expected rise in foreclosures, paves the way for a renewed decline in home prices, which are already down 11.3 percent from a year ago.

Despite the Obama administration’s touting of the new GDP figure, it has acknowledged that the official unemployment rate will breach 10 percent and still be at least 9.6 percent by the end of 2010. Last week, Christina Romer, the head of Obama’s Council of Economic Advisers, told Congress that the main growth impact of last February’s $787 billion stimulus package has already been spent.

Most economic forecasters are predicting GDP growth of 2.5 to 3 percent through most of next year. Since it takes 2.5 percent just to keep employment steady, such a growth rate would do little to reduce shrink the unemployment numbers. “You need four to five percent GDP growth to get job growth,” Romer said on Thursday.

Nevertheless, the Obama administration is opposing a new stimulus package, and preparing to introduce plans for austerity measures to reduce the deficit, including cuts in Medicare, Medicaid and Social Security – report by Barry Grey, wsws.org