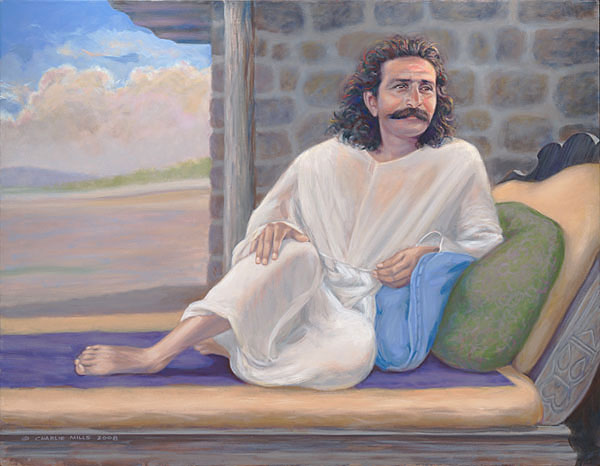 “I am the Avatar. But tell me, how do you know I am the Avatar?,” Meher BaBa asked one day in January 1953 when he was with a group of devotees.

Gaya Prasad Khare, reciting some verses from the Ramayana, said these couplets were enough to convince him Meher Baba is the Avatar.

Baba replied, “But it is also said that many shall appear in the Kali Yuga as Perfect Beings and Avatars. How do you know that I am the Real One and not a fraud?”

Someone said that none had declared himself as the Avatar as authoritatively as Meher Baba had; hence, Baba must be the Avatar.

“But how can you say that I say all this knowingly?,” Baba asked again.”I may be copying the style after reading about previous Avatars. So, the proof is not in saying something in an authoritative way”.

“In the world today, there are about seventy-five persons who claim to be the Avatar of the age, both in the East and in the West – and God help them all! So, the question still remains unanswered as to how you know that I am the Avatar.”

Bandili B. Bapiraju related several of his miraculous experiences, saying they were sufficient proof for him to take Meher Baba as the Avatar.

To this, Baba replied thus:

“One day, Upasni Maharaj, when we were alone in his hut, said to me with folded hands, “You are the Avatar.” Now, although it is a fact that the Avatar, God, and you all are One, yet all that I want you to do is to love me, obey me with full faith.

“O Hafiz! Don’t bother about anything.
Only worship your Master by holding fast to his robe.
Don’t let go your hold under any circumstances

“To make the point clear, suppose there is a rail engine with five or six bogies attached to it. Some contain gold, some silver and some cow dung. But as long as the link with the engine is maintained, all are safe and will reach the same destination. But no sooner is the link snapped, than the wagons shall be where they are.

“So, don’t bother about your thoughts, whether good or bad. Bear in mind that all thoughts are illusory. The only reality is to catch firm hold of the daaman.

Pukar made an ardent speech, and Baba appreciated it, dictating:

“It is beyond doubt that the Avatar is the Avatar. In the case of the Avatar, God takes human form – rather, God descends in human form. The glory of the Sadguru is unfathomable. In his case, man has become God. When the Avatar descends, there are five Perfect Masters who sustain him. These five have always sustained me: Sai Baba, Upasni Maharaj, Babajan, Narayan Maharaj and Tajuddin Baba.

“Sai Baba was Perfection Personified, a very rare type even among Sadgurus. Babajan was after all the Shahanshah – the Emperor of Masters – Kings.

“So, there are five Perfect Masters who sustain me from eternity. In every age, when I come, they sustain me. Sai Baba made me what I am; Babajan made me feel what I am; Upasni Maharaj made me know what I am. And what I am, I am!

“So, let us now bow down to these three Perfect Ones.

Baba then bowed to the photographs of the three Perfect Masters displayed on the veranda.

When Baba wrote His last message

On Saturday, January 1st, 1927, a year and a half after the Meher Baba began Hs silence, He wrote this message: “I intend to stop writing from tomorrow. It is not definite when I will resume writing or speaking. I may start again after some days, some months or even some years. It all depends on Hazrat Babajan.”

Baba received many New Year’s greeting cards. Baba’s advice to the mandali and all others for the coming year was: “You must all stick to the powerhouse.”

From the 2nd of January, Baba ceased writing completely and began conveying his thoughts and feelings through hand gestures or by pointing to different English alphabet letters in the newspaper. Up to
this time, because of Baba’s animated nature, the mandali had almost forgotten that he was silent, but when Baba stopped writing, they became keenly aware of it once again.

The Gujarati arti was performed at nine that evening. From then on, Baba gave permission for it to be sung every evening. He fasted and did not eat or drink anything the whole day.

( From Lord Meher by Bhau Kalchuri).