Most US states lost jobs in May

Home » News » Most US states lost jobs in May 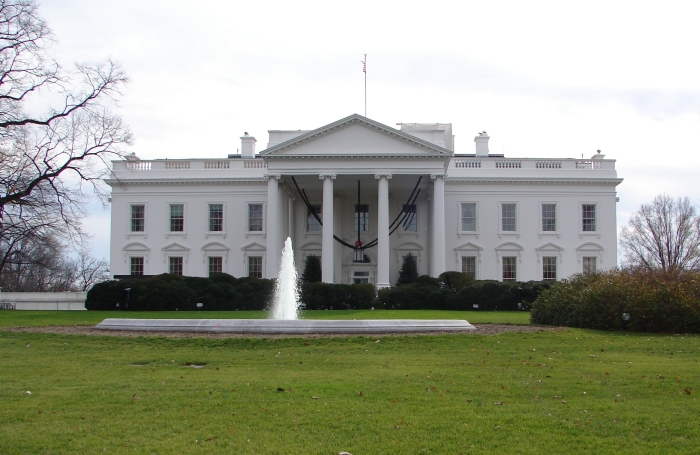 A report released Friday by the US Labor Department on state and regional employment in May provides new evidence that the slump is accelerating and the jobs crisis in America is worsening.

The Labor Department’s Bureau of Labor Statistics reported that 27 of the 50 states recorded a net decline in their non-farm payrolls as compared to April. The biggest losses came in California (minus 29,200), New York (minus 24,700) and Pennsylvania (minus 14,200).

Other states with particularly large payroll declines were Michigan (minus 13,400) and Maryland (minus 13,300).

Fewer than half the states (24) reported a decline in their official unemployment rates. The rates rose in 13 states and Washington, DC, and were flat in 13 states.

These figures are significantly worse than those for April, when 42 states gained jobs and 39 reported falling jobless rates.

This fresh statistical evidence that the three-and-a-half-year slump is deepening follows a battery of reports over the past two weeks pointing to a further growth in unemployment.

This fresh statistical evidence that the three-and-a-half-year slump is deepening follows a battery of reports over the past two weeks pointing to a further growth in unemployment. The government’s national employment report for May, released June 3, showed a near collapse in job-creation, with payrolls rising at their slowest rate in eight months and long-term unemployment remaining at near-record levels. The official national jobless rate rose 0.2 percentage points to 9.1 percent.

Last month, the Commerce Department confirmed an earlier report that the US economy had grown by only 1.8 percent in the first three months of this year, a sharp slowdown from the 3.1 percent annual pace in the fourth quarter of 2010.

Friday’s report showed that the slowdown is impacting wide swaths of the country. Nevada continued to have the highest jobless rate, at 12.1 percent, followed by California (11.7 percent) and Rhode Island (10.9 percent). Twenty eight states reported unemployment rates of 8.0 percent or higher, and 19 had jobless rates higher than 9.0 percent.

President Barack Obama did not even bother to comment publicly on the disastrous state-by-state jobs report. Following the release of the employment report for May, the White House made a point of signaling to Wall Street that there will no retreat from the administration’s rejection of any form of government hiring or public works to put unemployed people back to work. Nor would there be any measures to provide serious relief for the millions of people losing their homes and being thrown into poverty as a result of the crisis.

Instead, at a meeting of his corporate-dominated Jobs and Competitiveness Council, Obama pledged to carry out his promise to gut business regulations and slash trillions of dollars from the deficit by cutting bedrock social programs such as Medicare and Medicaid.

There is no significant section of the political establishment, in either party, that is calling for social programs to provide jobs and alleviate the economic and social distress affecting ever larger numbers of people. The corporate-financial elite opposes any such measures, in line with its determination to use mass unemployment to drive down wages and increase its exploitation of the working class. It exercises a de facto dictatorship over government policy.

Last week, the Federal Reserve banks of New York and Philadelphia issued reports for June which indicate that the slowdown is, if anything, getting worse. The New York Fed said its business conditions index fell below zero for the first time in seven months, reflecting a severe deterioration in manufacturing activity in the New York region. The Philadelphia Fed’s index fell to minus 7.7, the lowest level since July 2009.

Both reports confounded the projections of economists, who had predicted a modest decline in growth rather than the actual contraction that occurred in the two regions. The reports indicate that the unexpected decline of 5,000 manufacturing jobs in the national employment report for May was not a fluke or the result of temporary conditions linked to the earthquake and tsunami in Japan, but rather a sign that the spurt in manufacturing of previous months was collapsing.

Friday’s report showed that the slowdown is impacting wide swaths of the country.

Other data is consistent with a slowing economy and deepening jobs crisis. First-time filings for unemployment benefits declined slightly last week, but remained, at 420,000, well above levels indicative of a rebounding jobs market. A survey of small businesses released by the National Federation of Independent Businesses showed that more businesses expect to slash jobs than those expecting to add them. A Labor Department report showed a decrease in job openings at the end of April as compared to the previous month. In April there were roughly 4.6 jobless workers for every opening.

The socially catastrophic impact of the jobs crisis is underscored by reports on joblessness among veterans and prime-age males. USA Today reported that unemployment payments to servicemen and women just out of the military have doubled since 2008. The estimated unemployment rate among male veterans ages 18-24 was more than 30 percent in May.

So much for the supposed high regard in which the ruling elite and the political establishment hold those whom they incessantly laud as “heroes” and “our nation’s finest!” Once their usefulness as cannon fodder in US imperialism’s wars of conquest and plunder is over, they are tossed onto the scrap heap.

Another commentary pointed out that the US has the lowest share of prime-aged males working in the labor force of any industrialized country. Just over 80 percent of those between the ages of 25 and 54 have a job, as compared with 95 percent in the late 1960s. Almost 35 percent of men age 25-54 with no high school diploma have no job, up from 10 percent in the 1960s.

What underlies the barely concealed indifference of Obama and the entire political establishment to the plight of the unemployed is indicated in a front-page article published Sunday in the Washington Post under the headline “Income Gap Widens as Executives Prosper.” The report, the first in a series of articles to be published by the newspaper, describes the staggering rise in the pay of corporate executives over the past several decades, which has played a major role in the vast concentration of wealth and growth of social inequality in America.

The article is based on a new study by economists Jon Bakija, Adam Cole and Bradley T. Heim, who carried out an analysis of the tax returns of the country’s top 0.1 percent of earners over a period of decades. They determined that corporate executives, managers and financial professionals make up nearly 60 percent of those in the elite pay category.

Among the facts brought forward in the article:

* In 2008, the wealthiest 10 percent of Americans took in almost the same amount of income as the rest of the country combined.

* Executive compensation at the largest firms in the US has roughly quadrupled in real terms since the 1970s, while pay for 90 percent of the American people has remained flat or declined.

* The rise in income inequality has been more pronounced in the US than in any other industrialized country. In its level of inequality, the US stands just behind Cameroon and Ivory Coast and just ahead of Uganda and Jamaica.