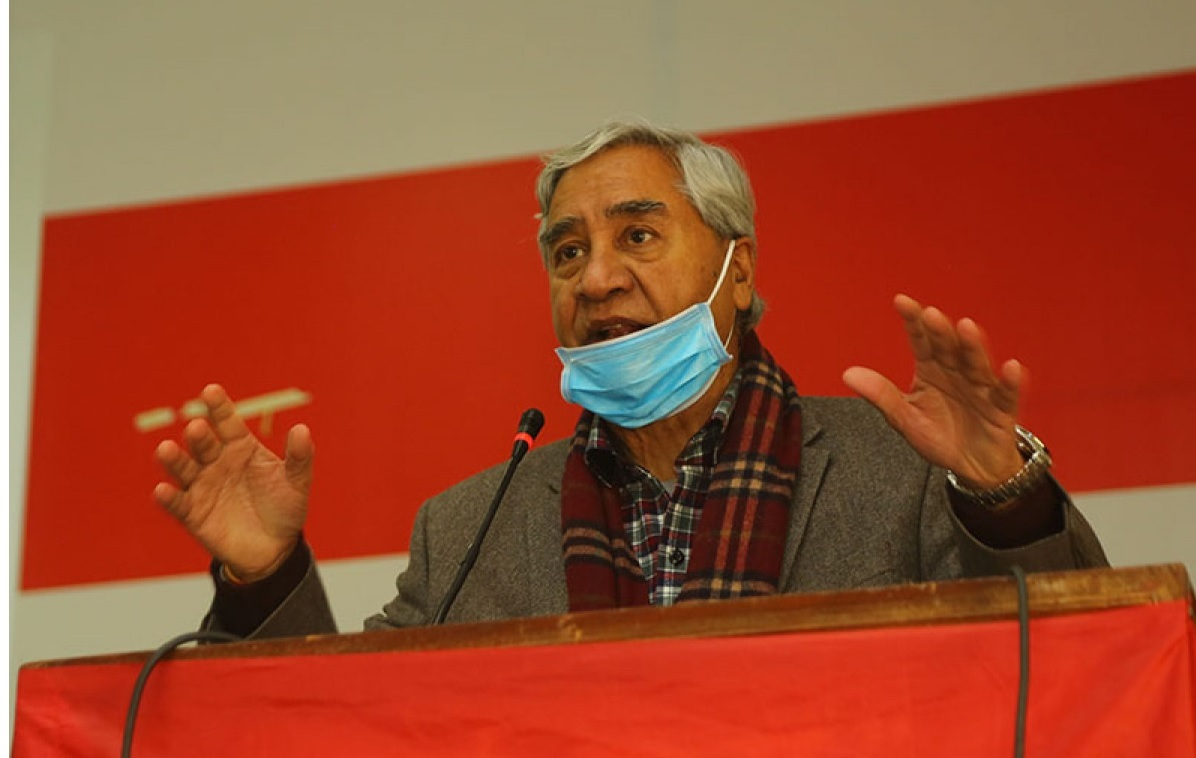 Nepal created history on Sunday with the Supreme Court reinstated Parliament expressing confidence in “Acting” Prime Minister Deuba. It also marked curtains down on the Sharma Oli saga of anti-India rhetoric, and China card politics that have pushed the landlocked Himalayan nation to the precipice twice within six months.

Deuba surprised his detractors by seeking vote of confidence just five days after he was appointed Prime Minister. In the normal course he could have sought the trust vote in a month in the 275- member House of People (Pratinidhi Sabha). Clearly, the Nepal Congress supremo wanted to end Oli shenanigans, more so as he plans to hit the streets with the halo of martyr at the altar of judiciary.

In the run up to the vote throughout Sunday, there was heightened suspense as to whether the 22- member strong Madhav Nepal faction would side with Deuba or close ranks with K P Sharma Oli who has been holding olive branch to the UML dissidents.

These doubts turned out to be no more than a red herring with Madhav Nepal delivering his entire block vote to Deuba. So did CPN (Maoist Centre), Janata Samajbadi Party-Nepal and Rastriya Janamorcha. The parliamentarians from Nepali Congress stood by their 75-year-old leader.

165 law makers voted for Deuba, 83 against him, and one stayed neutral. In all, 249 parliamentarians were present at the time of voting.

Announcing the result, Speaker Agni Sapkota said: “I hereby declare that the motion of the vote of confidence tabled by Prime Minister Sher Bahadur Deuba has been endorsed with a majority.”

The Nepali Congress president was appointed prime minister on July 13 after the Supreme Court ordered President Bidya Devi Bhandari to make the appointment, and revived the twice dissolved Parliament. The dissolutions were heralded by Prime Minister K P Sharma Oli as his insurance to stick to power even after his government was reduced to a minority last December, and again this May. Maoists shocked him by walking out of the ruling party, while UML dissidents led by Madhav Nepal turned against his misadventures against parliamentary democracy.

K P Sharma Oli became Prime Minister in February 2018 after his party UML won 121 seats in the lower house with the support of the Maoist Centre. The two communist parties had merged three months later to float the Nepal Communist Party (NCP).

But as the alliance fell apart, Oli dissolved the House on 20 December. The Supreme Court nullified his decision. And invalidated the formation of NCP. This resulted in the revival of the Maoist Centre and the UML. The Maoists have formed an alliance with the Nepali Congress, while the Nepal faction was tossing between Deuba and Oli.

Exploiting the fluid situation, the crafty Oli got the House dissolved for the second time after he lost a trust vote on 10 May, largely because of the UML dissidents.

The only saving grace to the dissolution order that came shortly after midnight on 21 May was that President Bhandari went through the motions of finding no merit in claims for government formation by rival parties. When challenged by Deuba and a host of others, the constitution bench of the Supreme Court re-wrote parliamentary history of Nepal.

In its 167-page judgement, the five-member bench led by Chief Justice Cholendra Shumsher Jung Bahadur Rana settled several constitutional points. It ruled that any Presidential decision would face judicial review “if it violates constitutional provisions.” Put simply, the President cannot take shelter under the plea that the impugned decision was made on the recommendation of the council of ministers.

There is no denying that the apex court ruling can be seen as judicial activism.

While the immediate beneficiary is Deuba, constructional pundits are divided on whether the court can intervene in a fluid political situation precipitated by a minority government.

There is also no unanimity on whether the country stands to benefit from a new round of elections or appointment (selection?) of a prime minister from amongst the claimants before the dissolution of parliament.

Many political commentators aver that KP Sharma Oli has left behind what is characterised as a mess since high decibel rhetoric is no substitute for good governance. More over Oli regime has lost its steam over a year ago and got embroiled in partisan politics and intra-party feuds.

Deuba is heading a collation, which is unwieldy by all means. So, he must tread carefully, avoid controversies and competently deliver on his promise of good governance without taking the easy route to populism.

On the foreign policy front, Deuba will do well to avoid Oli’s flip-flops, and pursue the policies that have been the hallmark of his Grand Old Party, Nepali Congress.

It is on the domestic front that Deuba will be tested the most; he can hope to leave a mark only if he can undo Oli-isms- which are a result of his misreading of the electoral mandate he had received.

In fact, as a leading daily, The Kathmandu Post puts it, in Oli’s ouster, there are quite a few lessons for Nepali politicians on what not to do when in power. The foremost lesson is that authoritarian streak has no place in democracy. And that centralisation of power, however tempting, is no manna. Intolerance to dissent, and laws to muzzle media, and curtail freedom of expression compounded his problems, and made him “trample” upon the constitution, while tapping the ultranationalist plank to take on India for some imaginary gains.

“It was poor governance, ill-governance and sick governance,” Bimal Koirala, a former chief secretary, was quoted as saying on Oli rule. “Going against the spirit of federalism, he centralised everything. He transferred civil servants every six months and threatened people who he found were not supporting him. He actually created a mess in the bureaucracy”.

Well, Deuba has an uphill task ahead! His top priority is fight against Corona pandemic now that the third wave is round the corner and the vaccine supply is hit by hiccups. He should appointment a full-time health minister to come to grips with the situation.