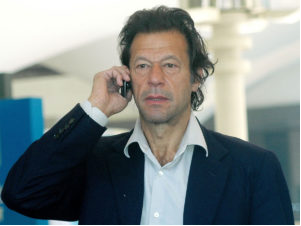 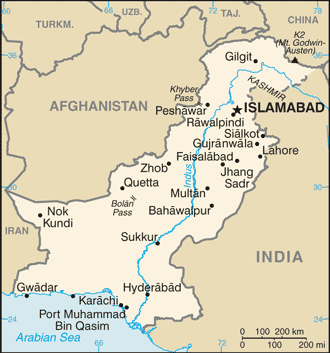 Even as one of his many advisors was boasting and bluffing about Pakistan having an ‘option’ if the US continued to spurn it, Prime Minister Imran Khan, former playboy-cum-cricketer, was lamenting before an audience of foreign journalists at his residence that the US saw Pakistan as nothing but a ‘scavenger’, fit only to clear up the ‘mess’ the US had created in Afghanistan.  What hurts is that the role of cleansing in Afghanistan cannot be assigned to anyone else!

As though that was not bad enough, he added that the US treated India, his and his country’s bête noire, as a strategic partner, a role that he obviously thought should have been reserved for his country.

Pakistan felt the pangs of rejection because it was a strategic partner of the US in one way or another till 9/11 happened in 2001. That was when the US, till then Pakistan’s most enduring and generous benefactor, and the West opened their eyes for the first time to the reality of Pakistan as the epicenter of global terrorism. In fact, it took another two years before the US started talking about Pakistan as a ‘safe haven’ for terrorists.

From being called a ‘haven’ to being treated as a ‘scavenger’ is indeed an excruciating fall, a humiliation beyond endurance for someone who has been pampered and mollycoddled for long.

The ignominy becomes all the greater when it is realized that the ‘mess’ that Pakistan has to clear is not really so much a US contribution but largely Pakistan’s own creation. The mess in Afghanistan reached mountainous proportions because the Taliban and other insurgent groups, who hold extremist and outdated notion of Islam, were able to continue with their dastardly mission of killing and maiming innocent citizens under the guidance and patronage of Pakistan and its shadowy intelligence agency called ISI.

Pakistan still refuses to see the real dimensions of the mess Afghanistan is in because the entire country has been in a state of ecstasy after the US announcement of completing withdrawal of its troops by the end of this month. Visions of installing a proxy government in Kabul are floating before the Pakistani military and political establishment, once the last of US and Nato troops have left the war ravaged land-locked country.

Despite some grandstanding against the US and efforts to bluff about the other ‘option’ before it, Pakistan understands well that the mess in Afghanistan has to be cleared and sooner the better for its own good. But this is a job that will require more than the traditional broom for effective scavenging,

There has to be a will, shared by both the powerful military and the civilian government, to bring peace to Afghanistan by ending the menace from the Taliban and other militant groups. That will amount to Pakistan ready to do the scavenging on a gigantic scale—withdrawing patronage to the Taliban and other groups after nursing and nurturing them for decades.

What makes that task more difficult is that while Pakistan was helping the Taliban become a deadly militant group there was a byproduct– terror groups popping up in Pakistan that were unhappy with the ill-treatment of Pakistanis in tribal regions of the North-west.

The territories that Pakistan has to clear are not confined to Afghanistan—quite a tough job in itself. Pakistan will have to augment its scavenging skills when all these years the skill it had perfected was duplicity which included not only misleading its old ‘ally’ the US but also misleading Pakistanis by feeding them the falsehood of rapid strides made by Pakistan under Imran Khan.

The fact is that there is hardly any area or field of activity where Pakistan has made any notable progress or something to crow about. It is again moving in the direction of global isolation and earning a bad name for the double game it played in Afghanistan, particularly during the two decades of ‘war on terror’.

Imran Khan’s inability to grasp serious issues has led the country towards an economic precipice. The country is firmly back in the grip of the military, dashing to the ground any hope of recovery of democracy. Under Imran Khan’s leadership, Pakistan has lost the sheen it once reportedly enjoyed in the Islamic world.

It will not be enough if somehow Pakistan agrees to become a scavenger in Afghanistan.  Imran Khan has to clean his own Augean Stables which will be perhaps more trying than asking the Taliban to give up the path of senseless violence in the interest of the ordinary Afghans.

Khan is a Niazi Pathan, a fact that he is probably shy of admitting because a Niazi General had surrendered to the Indian Army at a public ceremony in Dacca (now Dhaka) after India had vanquished the Pakistani Army in the Bangladesh war in 1971. He must have been raging mad within himself as he admitted to US description of his country as a scavenger when he believes in his own greatness. In his private moments he may be reliving his playboy days of the past. One of his famous hosts in India was a prominent Indian socialite and many fawning journalists.

No matter what is said in public, it is an undeniable fact that in casteless Muslim state of Pakistan as in the caste-ridden Hindu dominated India, scavengers are relegated to the bottom of the social order. Those of them who have embraced Christianity converted have found a voice as human rights organisations and others take up cudgels on behalf of them. But poor Imran Khan! He is very unlikely to find any volunteer for sharing the burden of scavenging Afghanistan.