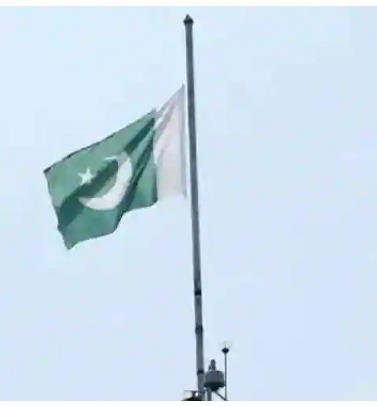 A random selection from Today – Apr 28 Urdu dailies of Pakistan

NEWS
1. Ameer of Jamaat-e-Islami Siraj-ul-Haq has written a letter to the Chinese Ambassador, strongly condemning the Karachi suicide blast. He termed the attack as an opportunity to renew the pledge of Pak-China friendship. He added that the people of Pakistan hope that the Government would bring to book the culprits, and would eliminate the terrorist network. (Jasarat)

2. Amir of Jamaat-e-Islami (Balochistan) Maulana Abdul Haq Hashmi has said that not giving constitutional rights to the people of Balochistan, not providing employment, education, and health facilities, and letting them face check posts and police stations are creating problems and worries. Even today, Balochistan suffers from feelings of injury, reaction and revenge. Military dictators, military operations, opportunistic rulers have destroyed Balochistan. Unfortunately, the government never listened to the people of Balochistan with honestly and sincerely nor did it show seriousness in giving them their basic civic rights. The youth of Balochistan are heading towards the mountains (taking up weapons) as the power-hungry leaders have failed to deliver; Both the federal and provincial government are guilty of negligence, incompetence, and abuse of power. If the resources of Balochistan are spent on Balochistan, then the rights of the people will be delivered and the feeling of deprivation will decrease. Maulana Hashmi added that if the rulers had brought the missing persons of Balochistan to light in time, provided employment and education to the youth, solved burning national and collective problems, then the conditions of Balochistan could have been much better today. (Jasarat)

COLUMNS
Dastgir Bhati in Sindh Exp
• The way terror attacks keep taking place in the country on our forces or on the Chinese in our country, especially ever since America made sudden exit from Afghanistan, and the way we keep fooling our people by telling them that these attacks are part of Indian conspiracies or from imperialist forces aimed at derailing CPEC in Pakistan pops up the same question: How long will this go on and how long we will keep fooling our own people? Attacks taking place frequently in far-flung tribal areas might not make the people in cities to panic but when teachers are targeted in the country’s big educational institution, Karachi University, it will surely push the panic button everywhere. More so since the attacker woman was staying in the university hostel is not from some madrasa. She is well educated and hails from a good family. Her father is a retired senior officer, sisters and brothers too are doctors and lecturers. I do not think common man in Balochistan has any enmity with China. But, rebel Baloch youth, girls and boys do seem to be giving a message to China that if Balochistan’s natural resources are usurped and if China wants to take Balochistan natural resources for ever, then rebel youth will keep fighting China. These rebels want economic and political rights for Balochistan. This time, the rebels are not from madrasas, this time they are well-educated too in the midst of these Baloch rebels. Hence, the new PM, Shahbaz, should not only talk to these rebels through law makers but also should try to create consensus on provincial autonomy as laid down in the 1940 Resolution. These days, we have a PDM-led federal government. It has experienced politicians. If every institution starts working within its constitutional limitations and if we stop calling our own people “traitors” in the country, it will do the country a lot of good. It is human nature that if people are denied freedom to think- free, they will take to protests to express their grievances, but if peaceful protests meet with police high-handedness as experienced by mothers and sisters of Sindh Tarqui Pasand leaders and activists at Nawabshah (Sindh), then any common man can turn rebel and will also take to arms. Everybody would agree when I say none is born militant or a terrorist. Hence, we need to give it a thought as to how and why a girl studying in (Karachi) University became a rebel? Who is compelling a person working on his fields take to arms?

Akhtar Hafeez in Sindh Exp
• The establishment has succeeded in its plans of keeping Imran Khan out of power. But, PTI has by now become a political Frankenstein with a lot of fan-following on social media. Imran’s supporters on social media are busy the entire day screaming that their leader, has been ousted in pursuit of some conspiracy against him and his party. Recent statements from Fawad Chaudhary are also an attempt to make the appointment of a new army chief a controversial one. It is time the establishment started giving it a thought if it should prepare such political Frankensteins who could go out recklessly to harm the society. The PTI leadership must keep this in mind very clearly that they can never reach the height of their popularity they had once enjoyed. PTI has tasted power and now it thinks it cannot live without power. Now, PTI is reduced to a party that will only play its role in spoiling the political atmosphere in country.

EDITORIALS
1. Nearly every day we are hearing news of the loss of human lives in Balochistan and triable areas. The suicide attack on the car of Chinese teachers in Karachi University in which 4 people died and 6 badly injured seems to be connected with the terrorism in Balochistan. Any terrorist act in Karachi will receive more international attention than any activity in Balochistan. Attacking Chinese teachers gives it more importance. This incident also gives a message that terrorists can attack anywhere anytime they want. (Edit in Islam Daily)

2. Why is the elected Chief Minister of Punjab running to courts for oath-taking? Why the governor and the President are not ready to take on the responsibility of administering the oath? A few questions are pertinent like for instance whether the election of the chief minister was fair and transparent, whether all legal formalities have been followed, Whether the election was held in a peaceful atmosphere and whether the Speaker or Deputy Speaker was in the Chair at the time of voting. It is very difficult to answer all these questions in yes. For a month Punjab is working without a CM because the answer to all those questions is not affirmative. And that is why no responsible authority is ready to perform the oath-taking ceremony. (Edit in Intekhab Daily)

3. Terrorist activities are on the rise once again across Pakistan. Laments. In just one week, a mosque was targeted in Peshawar and bloodshed took place at the Karachi University. This is a matter of grave concern for Pakistan. It signals the fact that terrorists are able to carry out their targets. Attacks on Chinese nationals are surely aimed at tarnishing Sino-Pak relations and hence it becomes more worrisome for Pakistan. The Pak Army has definitely done a commendable job in countering terrorism but the good work will have to continue with more effective approach. The entire Pakistani community is standing shoulder -to- shoulder with the Army in this war on terror. (Edit – Aeen, Asas)
4. Gilgit-Baltistan chief minister Khurshid Khalid is facing the heat. Not only the Opposition wants him go but also many PTI members too want Khalid to step down. In this scenario, no-trust vote against the chief minister seems inevitable. (Baad-e-Shimal Edit)

5. Water shortage has become severe across the Sindh. Man, and the beast are feeling thirsty. Discrimination against Sindh especially in matters water supply has been pronounced for a long time. Since the new Premier Shehbaz says prosperity of Pakistan means prosperity in the provinces, we need to take up the water issue case with the federal government and tell Islamabad that the discrimination against the Sindh must stop. (Pahenji, Edit, April 27)