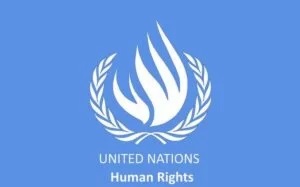 While Pakistan claims to speak for the rights of Muslims, the country at a UNHRC resolution on Thursday “appreciated” China’s “efforts” to protect the minority communities in Xinjiang, says a Geneva-datelined report.

The resolution proposed a debate on the human rights situation in Xinjiang.
While Somalia, a OIC country, voted in favour of the resolution, India abstained. So did four OIC members countries.

OIC is a forum of 17-Muslim countries including Pakistan.

Surprise of the pack was Pakistan, which rallied behind China,

He also patted China saying that Beijing is creating an enabling environment for the enjoyment of fundamental human rights in the Xinjiang Uyghur Autonomous Region.

“Pakistan remains of the firm view that the perspective and consent of the concerned States should be given utmost importance when dealing with the affairs which fall exclusively within their sovereign jurisdiction,” the ambassador stated.

The final voting on the bill in the 47-member UNHRC was 17 for, 19 against and 11 abstentions. Besides India, Brazil, Mexico and Ukraine also did not take part in the voting.

The resolution was presented by a core group consisting of Canada, Denmark, Finland, Iceland, Norway, Sweden, UK and USA, and co-sponsored by Turkey amongst others. It was a sequel to the Michelle Bachelet report that had severely indicted China for rights abuses in the Uyghur Muslim belt###.