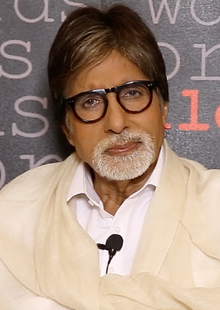 A parliamentary committee, headed by a TDP Member, J.C. Divakar Reddy, is reported to have proposed a hefty fine (up to Rs 5o lakhs) and a long jail term (up to five years) for celebrities who ‘mislead’ consumers/ buyers with their endorsements. The proposal has not been given a legal shape yet. It has to be accepted by the government and passed by parliament to become a law of the land. Nonetheless. the recommendation needs to be considered in all seriousness and merits wide support because there have been instances when public has felt ‘cheated’ by endorsement by their favourite film star or sporting personality.

Some of the most popular items that are endorsed by celebrities include ‘cola’ drinks and ‘junk food’, both of which are described as harmful, especially for children who form the largest segment of consumers of these products.

Recently, the Indian cricket team captain, Mahendra Singh Dhoni, had to defend his position as ‘brand ambassador’ of real estate developer who had failed to deliver the flats even two years after the promised date. The reaction on the social media stumped him. And he has since given up the endorsement of a builder, who, consumers allege, has cheated them.

It can be said in Dhoni’s defence that he was not selling the flats; he was merely promoting a Noida housing project. But Dhoni knows it as much as anyone else that when a celebrity like him promotes something it influences the decision of a large number of consumers and buyers. If it were not true why should Dhoni or any other celebrity be roped in?

Some months ago, another celebrity, this time from the world of glamour, had withdrawn from the endorsement of a ‘fast-food’ item after it was said to contain some harmful ingredients. It is a different matter that the food item was later found to be quite ‘safe’.

Some of the most popular items that are endorsed by celebrities include ‘cola’ drinks and ‘junk food’, both of which are described as harmful, especially for children who form the largest segment of consumers of these products.

It may appear as somewhat strange that the ‘brand ambassadors’ of various consumer products are the big names in films, television and the sporting world, especially cricket. They seem to be happy promoting just about everything and anything—from soaps, hair oil and toothpaste to ‘dream houses’, cars and diamond jewellery.

Some think that certain celebrities are being ‘over exposed’ through advertisements. Hardly a day passes without their faces staring down from the pages of newspapers or TV screens. It can produce a fatigue among newspaper readers and viewers.

While celebrities—popular persons with large following—appearing in advertisements has been a long practice it has now become almost the rule. Earlier, the celebrity appearance was certainly not as common as it is now. The old tradition of unknown models appearing in ads seems to be nearing the end. It appears, almost all products directed at children and women and even many items of mass consumption have to be ‘endorsed’ by celebrities these days.

The ad budgets of manufacturers and service providers who hire the celebrities must obviously be several times larger today than ever before. The famous celebrities charge anything from two or three crore rupees a day to Rs 10 crore for a day’s ‘shoot’. Time is certainly money for them! The huge ad costs would certainly be calculated in fixing the price of the product.

The hiring of celebrities for endorsements is actually a win-win situation for both parties—the celebrity and the company that hires them. The celebrities from the glamour world want to be constantly seen and heard by their fans and followers to keep their market value pegged high. The ads make that sure.

Such is the nature of the glamour world that a ‘star’ who is out of sight will soon be out of mind—on way out from the industry. That can have a devastating effect, mentally, psychologically and even physically. Some stars had reportedly failed to cope with the stress of living in virtual oblivion and had fallen into depression; some hit the bottle hard. Some suicides could also be traced to the sudden break in a blooming career.

In the sporting world the impact of going out of sight and mind can be equally painful for the person concerned. But often it is well anticipated. In fact, many of the sporting stars announce their retirement even though they are at the prime of their youth; some are, however, ‘forced’ into retirement.

The issue of concern for the public, however, is not how going out of limelight affects a celebrity. The fans and followers can get emotional when sympathizing with their idols but there is little or no impact on their lives with the waning of the fortunes of their idols.

On the other hand, the fans of the celebrities can suffer a great deal of hardship from the harmful consequences of a product that they had—foolishly, it might be said—bought because it was endorsed by their favourite public figure. 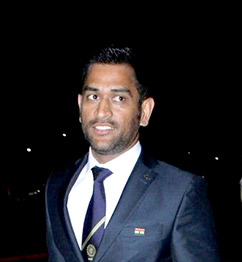 The celebrities, it is said, can’t be held responsible if a product they endorse turns out to be bad in any way. Perhaps legally it is right. But the celebrities certainly have to bear some moral responsibility by taking up an assignment that brought a measure of misery to the people who adore them rather blindly. Can it be said that fame built on people’s trust and love is free of any responsibility? In politics, the term ‘moral responsibility’ is frequently thrown around to bring down rivals and opponents.

The parliamentary committee’s recommendations are a step ahead of what the ministry of consumer affairs had reportedly suggested—both fine and jail term. If accepted, the new measures will be incorporated in the Consumer Protection Law. That will certainly make the rich and famous ‘brand ambassadors’ careful when they sign lucrative endorsement deals.

To the old fashioned it doesn’t make sense that consumer products can’t sell unless endorsed by a celebrity. Surely, a toothpaste, or any other product, will still find buyers if it is ‘endorsed’ by an unknown figure in the ads. It depends entirely upon what you are looking for, not the person who is ‘hawking’ it in newspaper ads or the TV screen.