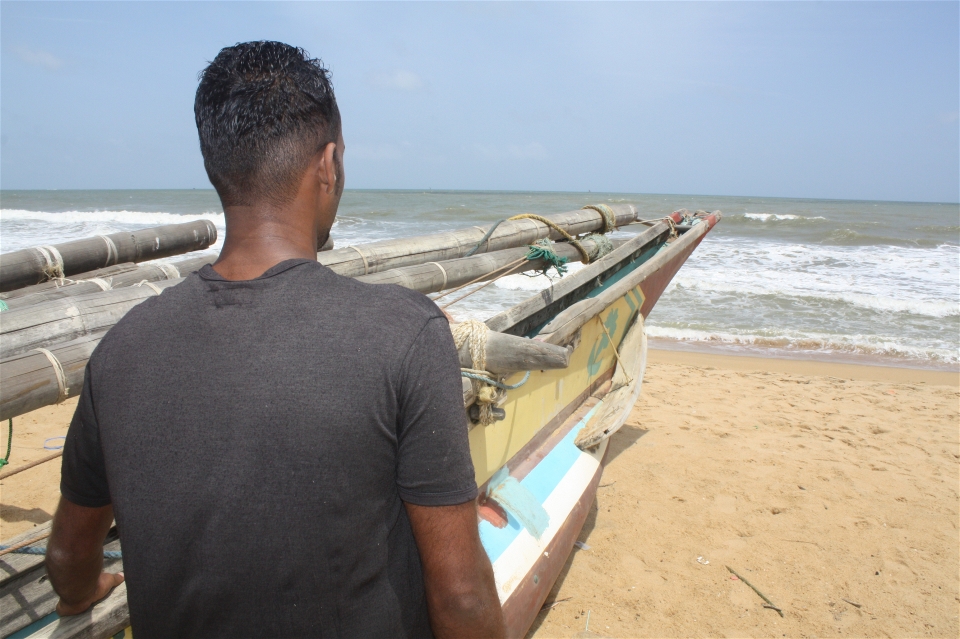 COLOMBO, 12 July 2012 (IRIN) – When Arunalan*, 20, decided to go on the dangerous 8,000km journey by boat to Australia, his family wasn’t surprised. “There are no jobs in Sri Lanka,” his mother told IRIN. But instead he has joined a growing number of young men – mostly from the conflict-affected north and east – in jail.

Like many others, Arunalan made the attempt and was arrested by the Sri Lankan authorities at the end of June.

But sometimes they succeed. “I wouldn’t be surprised if this is a record year for Sri Lankans,” said Ian Rintoul, spokesman for the Australian Refugee Action Coalition in Sydney.

According to the Australian Department of Immigration and Citizenship, 1,413 Sri Lankans were apprehended on arrival in the first half of 2012, a 150 percent increase over 2011, when 211 people reached Australia. In 2010 that figure stood at 579, and in 2009 it was 739, the department reported.

“Things in Sri Lanka are deteriorating,” Rintoul commented. “Many of the people coming now thought things would change after the war, but ongoing frustration amongst many Tamils and oppression is driving the numbers up.”

Many of these men pay upwards of US$9,000 for the often perilous journey in overcrowded, badly maintained wooden boats which can last from two weeks to a month, depending on the weather.

And while unemployment and economics play a major factor in the decision by these men, so too do the prevailing effects of Sri Lanka’s decades-long civil war, which ended in May 2009.

Of the 4,906 people in Australian immigration detention facilities and alternative places of detention on 31 May 2012 around 41 percent were Afghan nationals, 14 percent were Sri Lankan, and 10 percent were Iranian.

“Many of the Sri Lankans have been in detention for two years or more,” Rintoul noted. But many of these detainees – men and sometimes women – say even the risk of detention in Australia is better than a future of no hope at all.

Sri Lankan police statistics record over 200 Sri Lankans being arrested since May, either waiting on shore to board boats, or while aboard close to shore. Local residents say strong smuggling networks operate in the eastern coastal towns of Kaluwanchikudi and Vaalaichenai.

The authorities made one of their biggest arrests on 28 May when 113 Sri Lankans were taken into custody in the capital, Colombo, while travelling to a fishing harbour to board boats for Australia.

“There is an increasing trend of boats leaving Sri Lanka,” police spokesman Ajith Rohana said, noting that six Sri Lankans had also been arrested for suspicion of providing logistical support.

On 6 July, 41 persons were arrested while waiting on the beach to board boats near the eastern village of Vaharai, and on 10 July the Sri Lankan navy detained two trawlers with 82 people on board, suspected of being smuggled, off the eastern port of Trincomalee.

“There is an international link to the smuggling networks,” Rohana said. He noted that although locals have been arrested for providing logistical support, the main brains of the networks remain overseas. The core suspect in the May arrests lived in England, he added.

“Sri Lanka is now considered a hotspot for people smuggling,” said Prabath Aluthge, the head of the counter-trafficking unit at the Sri Lankan Department of Immigration and Emigration. The country has also become a regional transit point for asylum seekers from other countries, like Pakistan and Afghanistan, wishing to reach Australia.

The Sri Lankan and Australian authorities are working to prevent this. “There is a lot of cooperation taking place between the two countries,” with sharing of information and intelligence, “but there are no Australian officials working in the department,” said Aluthge from the counter-trafficking unit, adding that Australia had trained personnel and provided technology to the investigative unit.

Officials at the Australian High Commission in Sri Lanka confirmed efforts to diminish the number of Afghans and Pakistanis using the country as a transit point, as well as preventing hundreds of local residents taking to boats each month.

“Australia is working to support the Department of Immigration and Emigration’s border surveillance unit at Colombo’s International Airport, with a view to reducing irregular movements transiting Sri Lanka,” the High Commission said.

Meanwhile, the number of mostly men prepared to risk their lives to leave Sri Lanka continues to grow. On 21 June, a boat originating from Sri Lanka, carrying 200 Afghan and Iranian asylum seekers, capsized off Christmas Island, about 2,600km from Australia, killing 90 people.

*Not his real name.