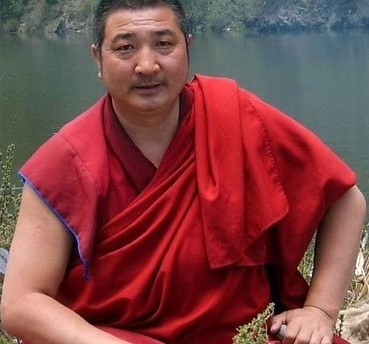 Jigme Gyatso, who campaigned for Tibetan rights and faced multiple detentions, is dead.

The 56- year -old had been seriously ill since his release in October 2016 after a five-year jail term. He was hospitalized with health complications in Xiling in May, passed away on July 2, according International Campaign for Tibet (ICT), a   Washington-based advocacy group.

Jigme is known for his defiant video testimony in 2008 that was shot in Tibet, exposing the Chinese government’s oppression in Tibet, says a report in Beijing News Net. He provided a detailed account of the cruel methods Chinese security forces use to oppress the Tibetans, and elaborated on the torture methods used on him and other Tibetans. His video presented an account of the conditions in detention centers

Jigme’s death is part of a pattern of custodial torture and mistreatment in Tibet, added ICT. It had documented as many some 30 such cases.  Tibetan monk Choekyi died in May 2020 after torture in custody. The same year in August, Lhamo, a 36-year-old mother of three died in custody after apparent beatings.

“Owing to torture and other cruel and inhumane treatment during his detentions, Jigme Gyatso’s conditions had become unrecoverably complicated He was suffering from diabetes, hypertension, and heart, liver and eye diseases but he was denied medical parole. Low-quality health care provided to him during his incarceration, and his inability to access professional private care made Jigme’s health deteriorate steadily over the years,” the ICT said.

Jigme Gyatso did not take part in the March 2008 mass protests in the town of Labrang. When protestors were crowding the streets, he was waiting on the street near his monastery for his shoes to be repaired. Yet, he was dragged into a white van by four security personnel, and another round of detention started. It was on his release the by-now his famous video testimony to “give a first-hand account of the Chinese government’s oppression in Tibet”.