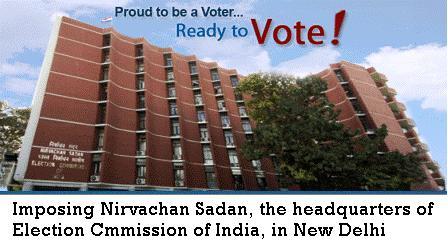 Early this month, New York Times, the high priest of democratic capitalism in the Big Apple, published an interesting op-ed article.   The authors were David Schanzer, a professor of public policy, and his student, Jay Sullivan, at Duke University in North Carolina.   Their call is essentially meant for the Capitol Hill. Nevertheless, it has some relevance for countries like India, where people are about to experience election fatigue.

Schanzer-Sullivan proposal is that mid-term American elections be abolished by passing a constitutional amendment. In essence what they want is a rejig in the term of members of the two Houses of Congress so that there would be no need to hold federal elections every two years.  The article appeared just when about 90 million Americans, accounting for less than forty percent of the electorate handed over the Senate and the House of Representatives to the Republicans and reduced President Obama “from Dame Luck to Lame Duck” in his second term as a headline put it.

Prof Schanzer words carry some weight in American political circles. He has been associated with Democrats and Republicans in one capacity or the other over the past several years; he has earned a name as an authority on issues related to counter-terrorism and internal security.  More than that, he and his co-author have read the pulse of the electorate correctly that the mid-term election would weaken President Obama. Taking a historical perspective, they wrote: “The main impact of the mid-term election in the modern era has been to weaken the president, the only government official (other than the powerless vice president) elected by the entire nation”.  And concluded: “The two-year cycle isn’t just unnecessary; it’s harmful to American politics”.

Schanzer-Sullivan have found a justification for their call in the grotesque campaign finance system, as they brand the election funding in America.   “Our House members in competitive races have raised, on average, $2.6 million for the 2014 mid-term. That amounts to $3,600 raised a day — seven days a week, 52 weeks a year. Surveys show that members spend up to 70 percent of their time fund-raising during an election year. Two years later, they’ll have to do it all again”.  Eliminating mid-terms would, therefore, double the amount of time law makers could focus on governing and make them less dependent on their donor base, the authors argue, trying to win more converts to their views.

It is time for us in India to give a serious thought to Schanzer-Sullivan   arguments which are essentially a call to end frequent elections.  We had a ballot for the Lok Sabha in April-May. Simultaneously, we had elections for a couple of state assemblies. September-October saw elections in Maharashtra and Haryana.  We are now witnessing another election round covering   Kashmir and Jharkhand.  Delhi will have its elections in another two or three months. April next would set the clock ticking to test Mamata Didi’s TINA factor in West Bengal since the Trinamool Congress came to power on the plank of “Paribortan” in May 2011. Before the year is out Bihar will elect its new lawmakers, and this ballot may take place with elections for UP Assembly as well.

Given the fact that Rajasthan and Madhya Pradesh went to elections in Nov-Dec 2013,   we have an implosion of elections in this country and there is going to be no respite from the poll fatigue. If we take the local bodies elections that our state level political executives are forced to hold just to avoid incurring the displeasure of the judiciary, we are inching towards election saturation.  It is this reality check that makes Schanzer-Sullivan’s US centric call pop up the question: Do we need so many elections in India?

The question demands urgent attention since every election makes the government hostage to the model code of conduct and normal governance suffers as a result. A case in point is the inability of the Modi government to formally notify the increased compensation to the victims of the anti-Sikh riots of 1984. The decision was first delayed on account of elections in Haryana and when taken finally, had to be held back because of three by-elections for Delhi assembly.

These by-elections have since been cancelled following the dissolution of the assembly but it is doubtful whether our argumentative Delhi politicians will allow the benefits of compensation hike to materialise for the Sikh victims, who have lost all hope of punishment to the guilty since material evidence needed for judicial scrutiny has been more or less lost. Leadership, Transparency, and Credibility (L.T.C) should be the USP of Nirvachan Sadan presided over by three superannuated bureaucrats.  But this LTC appears to often end up as routine bureaucratic LTC – Leave Travel Concession judging by the way poll body handles the complaints of code violation.

The BJP riding on the crest of Modi wave will not be averse to elections and more elections. Firstly, it wants to extend its footprint. Secondly, it wants to occupy the space the Congress party is vacating in its self-destructive mood while effectively checkmating the efforts of Lalus, Nitishs and Mulayams to rally the erstwhile Janata Parivar on an anti-BJP platform to deal with the saffron tide. Thirdly, and most importantly, the BJP is desperate to bolster its strength in the Rajya Sabha, and for this it needs to bring more states under its sway through more assembly elections.

The Congress faced a similar dilemma during the Indira Gandhi days. And the “Iron Lady” delinked the Lok Sabha and the Assembly elections seeking a mandate for a strong centre and for a strong state that towed her line from Delhi. Narendra Modi’s campaign these days echoes the old Indira line and he has reaped a good harvest thus far going to the town as a decisive leader with a clear vision.

Both PV Narasimha Rao and Atal Behari Vajpayee had toyed with the idea of reverting back to the practice of simultaneous LS and Assembly elections. PV could not push ahead because of his limited turf space; AB could have undone the Indira legacy but he didn’t have the breathing space. Modi has an opportunity to break with the tradition. But the question is: will he?

One thing is clear. Whatever be the fate of the Schanzer-Sullivan proposal in the land of its origin, it is bound to find adherents in India in the days ahead with some even advancing the demand for holding all elections from Panchayat to Parliament at the same time to check money and muscle power and to keep political parties under tight leash.

(This commentary first appeared in The Hans India, Hyderabad)