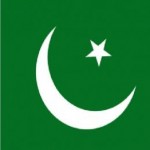 The Tehrik-i-Taliban Pakistan (TTP) which has claimed responsibility for the April 5 attack on Peshawar’s American Consulate used two vehicle-borne improvised explosive devices (VBIEDs) according to Stratfor. The militants targeted the main vehicle checkpoint leading into the consular compound.

A total of nine people, including the attackers, died in the attack. No Americans were killed, but three local security personnel protecting the consulate perished. It is not clear how many militants were involved. Some reports quoting the local police put their number at four and said all of them died. Stratfor has however said eight to ten persons were involved and six of them had perished. So a safe surmise could be that the remaining had escaped after three blasts and gun fire that lasted 20 minutes.

Obviously the militants wanted to breach the security ring through their three blasts – first IED to break the check point, second blast to drive up to the front of the consulate and push gunmen inside and third blast to storm the building. Taking the US diplomats hostage was the main goal to teach Yankees a lesson for their drone strikes. The goal remained elusive.

Stratfor reports that the first VBIED failed to breach the front vehicle entry, as did the second, although it did damage the perimeter walls and military barracks located along the edge of the compound. The main diplomatic building remained untouched.
The low death toll is attributed to the fact that only the last blast was able to penetrate the outer perimeter, and it occurred approximately 10 minutes after the attack began. Ten minutes is a long time to scramble security response teams and move employees to safety, and such a time lapse eliminated the element of surprise. In fact, the attack took so long to develop that local media were able to arrive on the scene and capture the second explosion on video.

Given the frequency of Taliban attacks on Peshawar and Lahore in particular, the American Consulate in Peshawar has a multi-tier security. Multiple check posts dot the street that leads the Consulate building, which is behind a  wall and a series of less-strategic buildings positioned in a way that would limit the damage inflicted upon the mission in attacks such as the one on April 5.

The militants struck with a surprising amount of firepower. Two VBIEDs and — judging by how close the militants got to the consulate — eight to 10 well-armed, well-trained and disciplined operatives are a lot of resources for the TTP to devote to a single mission.

Despite the complexity of the attack, the militants were unable to inflict much damage. By comparison, a lone suicide bomber — using far fewer resources — attacked a political gathering in Lower Dir district in the North-West Frontier Province a few hours before the attack on the consulate and killed 40. Neither the VBIED nor the attackers were able to break through the delta barriers protecting the entrance to the consulate.

However, due to its size, the second BIRDIED did damage buildings inside the compound — a feat not achieved in a handful of other recent attacks against U.S. diplomatic missions in Sanaa, Yemen; Istanbul; and Karachi.

Stratfor experts opine that the TTP could see the attack as a success since it forced the U.S. presence out of the city as the staff has been temporarily relocated to Islamabad.

Stratfor experts aver that the TTP can follow up on Peshawar ‘success’ with a campaign that focuses on targets like the ISI, the police or the military, or very soft targets such as hotels, markets or transportation, all of which have been frequent targets in the past.

For the Taliban, April 5 blasts were a success as they forced the Americans to shift their consulate staff to Islamabad temporarily though.