A new bill in the U.S. Congress seeks to pressure Chinese leaders to enter into talks with the Dalai Lama to resolve issues relating to Tibet, including by directing the State Department to actively counter any disinformation from Beijing related to the history of the formerly independent country. 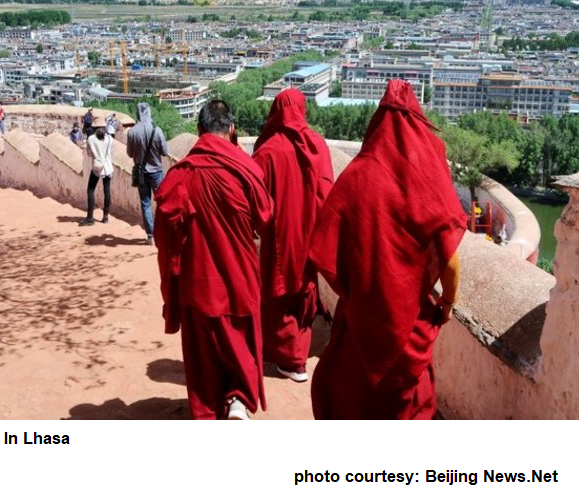 The Promoting a Resolution to the Tibet-China Conflict Act was introduced on Wednesday by Reps. Jim McGovern (D-MA), the co-chair of the Congressional Executive Committee on China, and Michael McCaul (R-TX), the top Republican on the House Foreign Affairs Committee.

“The legislation seeks to jump start negotiations between PRC officials and the Dalai Lama or his representatives. No formal dialogue has happened since 2010, and Chinese officials continue to make unreasonable demands of the Dalai Lama as a condition for further dialogue,” it said.

McGovern said that China remains reluctant to open a dialogue with the Tibetan spiritual leader.

“The Chinese continue to turn their backs on the Dalai Lama. Our bipartisan legislation seeks to strengthen U.S. policy by grounding it in international law and countering Chinese disinformation, with the aim of getting the two sides to negotiate a durable solution,” he said.

The Dalai Lama fled Tibet into exile in India in the midst of a failed 1959 Tibetan national uprising against rule by China, which invaded the then independent Himalayan country in 1950.

Since then, Beijing has sought to legitimize Chinese rule through Sinification policies and suppression of dissent in Tibet.

“This bipartisan bill will help ensure Tibetans have a say in their own future, and reject the [Chinese Communist Party] lie that their tyranny over Tibet is historically legitimate,” he said.

The Office of Tibet in Washington applauded the bill, saying in a statement that it supports the Tibetan people’s right to self-determination.

“Tibetans simply want the same right to self-determination that all people deserve. We have suffered enormous abuse from the Chinese government over many decades, yet we have always sought to settle our differences through peaceful dialogue,” he said.

Namgyal Choedup, a representative in the Office of Tibet, the Dalai Lama’s office in, India, said he looks forward to supporting the bill’s passage through Congress.

“We, Tibetans, have always felt immense gratitude to the United States for its leadership in pushing a peaceful resolution to our nonviolent struggle against China’s oppression,” Namgyal said.

“This will not only help the cause of Tibetans, but the cause of democracy, the cause of dialogue and the cause of peace around the globe. Therefore, we must do everything we can to help advance this bill through both houses of Congress and onto the president’s desk.” (Courtesy: Radio Free Asia)