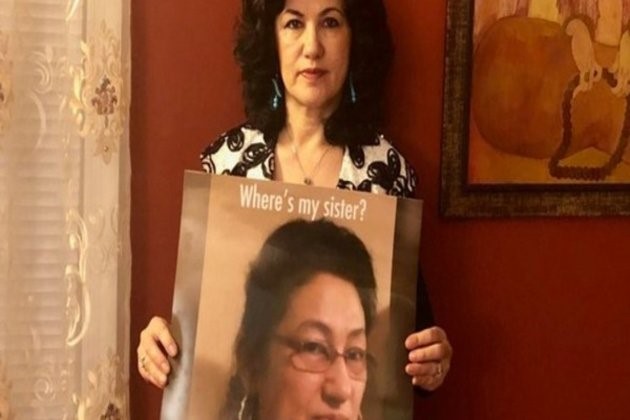 As China’s “crime against humanity” in Xinjiang lay exposed in the recent UN report, Rushan Abbas, an Uyghur American activist hoped that the UN will use its influence and take a position to advocate for the freedom of all the innocent Uyghurs.

Abbas’ sister was sentenced to 20 years in prison in apparent retaliation for Abbas’s efforts to speak out about the repression in Xinjiang.

“It is imperative that nations take this report and make concrete steps toward stopping these crimes against humanity and holding China accountable for them,” said Rushan Abbas, an Uyghur American activist and former Defense Department translator.

“I hope that the U.N. will use their influence and position to advocate for the freedom of all the innocent Uyghurs like my loving sister,” she added.

Overseas Uyghurs reveal that China targeted their families back home, sentencing their relatives to long prison terms and using the full weight of state media and prominent Chinese diplomats to denounce the activists as liars and frauds.

Even as the latest report by the UN brought to light blatant human rights violations, China continues to refute the reports and say that there was “no such thing” as re-education centres that held vast numbers of people in its far western Xinjiang region.

It must be noted that hundreds of thousands of Uyghurs and members of other largely Muslim groups were being detained in Xinjiang. Although Beijing has acknowledged the camps’ existence but has described them as vocational training centres.

“As I was reading the entire report, I was fighting back tears,” said Rayhan Asat, an Uyghur lawyer in Washington whose brother, Ekpar, was sentenced in 2020 to 15 years in prison in Xinjiang. “It was a long-awaited recognition of the suffering of my brother and millions like him.””I am heartened that courageous survivors’ voices were given their deserved weight,” Asat added. She said that it was difficult to read some sections of the report, which described credible reports of torture, mistreatment and sexual assault while in custody.

Moreover, sharing the experience of his brother when he was in internment camps for three years until 2019, she stated, “I know my brother was subject to brutal torture and all sorts of inhumane treatment.””I try not to think about it. It’s self-defeating and doesn’t help me remain vigilant about why I’m fighting,” she added.

Many activists have grown increasingly concerned during UN High Commissioner for Human Rights Michelle Bachelet’s final days in her job, when she hinted that the report, which had already been delayed for nearly a year, might not come out before she left.

China tried everything in its capacity to stop the report from coming out. Beijing urged Bachelet’s office not to release the document. “Hopefully, it will ignite another fire, and so it will get more attention from other countries, other NGOs and the U.N. and there will be more action to stop it,” said Ferkat Jawdat, a Uyghur in Virginia whose mother was imprisoned in Xinjiang and now is in isolation at her home in Urumqi, the regional capital. Some activists remained critical of the U.N. human rights organization, saying it did not go far enough in pushing China for accountability. They noted it did not call the repression in Xinjiang a “genocide.”