Xi’s campaigns to establish his authority 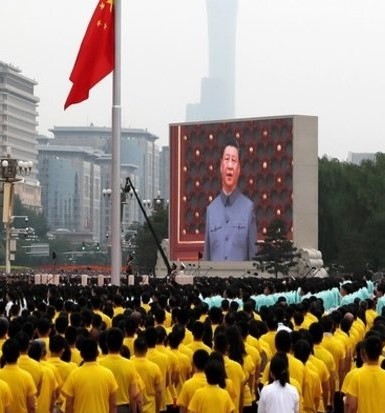 Since coming to power in 2012, Chinese President Xi Jinping has launched a series of campaigns nominally about fighting corruption but aimed at eliminating political opponents and establishing his political prestige, resulting in the emigration of the Chinese elite class.

Jianli Yang, founder and president of Citizen Power Initiatives for China and Evan Osborne, Professor of Economics at Wright State University, writing in RealClear Policy said that a self-respecting Chinese person does not wish to live a walled-in life.

As of April 2022, the national prosecution authorities had filed a total of 4.388 million cases against a total of 4.709 million officials at all levels. And the outcome usually has nothing to do with whatever actual guilt there is, and extorting confessions by torture is a common tactic used by authorities to dispose of cases promptly.

According to statistics, from 2012 to 2019 more than 260 senior political and business officials in the CCP died unnatural deaths, reported RealClear Policy.

The widespread arrest of human-rights lawyers on July 9, 2015, told the Chinese people all they needed to know about the Xi regime’s comprehensive crackdown on previously budding civil society, said Jianli and Osborne.

According to The Economist, citing data from the United Nations High Commissioner for Refugees, from the year Xi took power in 2012 to 2020, 613,000 Chinese applied for asylum in other countries, the annual number growing 13-fold between 2010 and 2020 and by far the highest for any country.

The lessons are that when political power is wielded arbitrarily and mercilessly, the rule of law that people rely on to live and work in peace disappears, and they seek to shelter themselves to the extent they can and, if they cannot, seek to escape.

For the economic elite, accumulating wealth and creating social value through commercial means is how they pursue self-development and self-improvement. And this requires a stable, orderly, legally protected market environment in which to do business. The Xi regime has forcibly intervened in the economic order through bureaucratic means as if it had divine authority.

In the past few years, it has tightened control of Internet finance, suppressed the real-estate industry, dramatically repressed the previously flowering education/training industry, and strongly pressured other industries.

Moreover, Xi’s raising of his “common prosperity” agenda at the end of 2021 has raised fears about his possible desire to fulfil communism’s promise to eradicate private ownership.

According to estimates by the UK investment immigration consultancy HenleyPartners, 10,000 high-net-worth residents in Shanghai intend to withdraw as much as USD 48 billion in wealth from China this year.

Further, the sudden, cold-blooded closure of Wuhan in 2020 has received praise in some quarters, but the quixotic anti-Covid measures in Shanghai in the spring, of 2022 have thoroughly demonstrated the CCP’s disconnect from reality.

Residents’ dignity was crushed by forces they could do nothing about, in front of their parents and children, so even people’s most basic human responsibility, protecting their families, became impossible. People were in essence imprisoned, deprived of most of what makes life worth living and humiliated by those with the power to do so.

The economic collapse caused by the lockdown has left countless people without jobs and income. Statistics recently released by the National Bureau of Statistics show that in the first half of 2022, unemployment in Shanghai reached 8.9 per cent, the highest in the country, and increased to 12.5 per cent in the second quarter, the peak period of the city’s closure.

In the ten years that Xi has been in power, the country’s situation has not improved and continuously darkened. The caging of free thought by ideology has become comprehensive, and Xi’s decision-making style has become more and more uncompromising in its willfulness, irrationality, and inhumanity.

The new emigrants are escaping a feeling of helplessness and hopelessness about what would be their future if they stayed. In escaping, they will take their talents and wealth with them and their frustrated desires to help create a better China. These are the people China can least afford to lose.