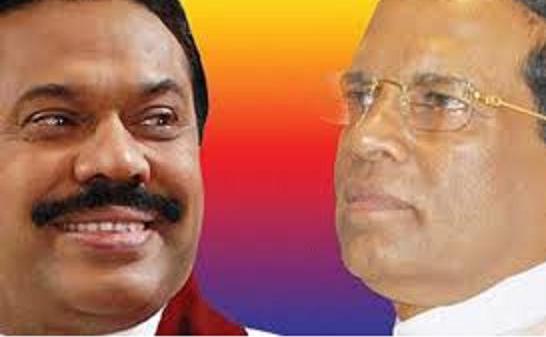 The verdict in Colombo gives reasons for New Delhi and Washington to heave a sigh of relief and to sport a smile for the first time in several years; for Beijing, however, it is time for a visit to the strategy board since it had sided with the outgoing President Mahinda Rajapaksa and contributed no less to his down-fall.

The change of guard in Colombo may not herald an immediate change in Sri Lanka’s foreign policy. Maitri Sirisena, the new President, has cut his political teeth in the school of Sri Lanka Freedom Party (SLFP), which under Sirivmao Bandaranayke had perfected the art of cultivating China even as she and Indira Gandhi were on first person equation.

There may not be any immediate shift in the policy on the ethnic Tamil issue either; the SLFP has the dubious distinction of institutionalizing discrimination against the minorities particularly ethnic Tamils. And Sirisena is supported by Opposition Sinhala and Buddhist parties, which have made resolution of the Tamil issue a hostage to the Southern (Sinhala) consensus.

Yet, some gradualism in policies on ethnic harmony can be expected. Firstly, Sirisena owes his victory to the Tamils in no small measure. Secondly, the Tamil National Alliance (TNA), the ruling party of the Tamil-dominated Northern Province, supported Sirisena to the hilt, presenting him before the electorate as “an untainted candidate with the mission of restoring the values of democracy, good governance, and the rule of law”. TNA leader R. Sampanthan has gone on record to say “Going by the past record, we (Tamils) have no reason to believe that President Rajapaksa will be reasonable by the Tamil people”.

It will be patently unfair to view the Tamil decision to go against Rajapaksa through the LTTE prism. They did not desert him at the end of Wanni War in 2009 and rooted for him in the Presidential election that was held immediately after the war. If they have moved away from him now, there must be valid reasons.

Rajapaksa himself became acutely aware of the groundswell against him in the Tamil heartland when he campaigned in the area in the last leg of his electioneering. This was one reason why he did not speak much on his score card. Instead, he harped on the fact that he was (and is) a known devil as he presented himself in rally after rally. He also imported Bollywood Sultan Salman Khan to woo the minority Muslims, after the Sri Lanka Muslim Congress (SLMC) his ally, deserted him last month.

The vote shows the appeal didn’t click. For this Rajapaksa must shoulder the blame because he had allowed the Northern Province to remain a garrison state, and a home to several Chinese enclaves to the dismay of Tamilians, particularly the jobless youth.

Till a week before the ballot day on January 8, Rajapaksa was seen as the winning candidate though by a slender margin. In fact, he had called the poll two years early after pushing through a constitutional amendment allowing him to stand for a third term. He had hoped to consolidate his regime and avoid the fate Indira Gandhi had met at the end of her emergency regime in 1977.

His gamble failed. The IMF-dictated austerity measures, the police-state methods, and near absence of media freedom neutralized his image as a “commoner”. His dependence on two brothers Gotabhaya (defence minister) and Basil (economic ministers) and a son besides other members of the family created a dynasty, which was despised though dynasties are not new to the Sri Lankans.

Well, Rajapaksa was not prepared for the surprise decision of Sirisena, his health minister. It can be no body’s case that Sirisena suddenly decided to close ranks with the Opposition and take him on as their common candidate. Such political traps come after weeks and weeks of careful intrigue. Former President Chandrika Kumaratunga, who has scores to settle with Rajapaksa for hijacking her family pocket borough, the SLFP, played no mean role in the behind the scenes planning.

The ‘official’ sleuths had failed to uncover the plan just as Indira Gandhi was ill-served by her intelligence in the run up to the 1977 ballot. It shows that authoritarian regimes have an inherent fault-line and they become victims of their own games.

Sections of Sri Lanka media have been speculating for a while that there is an America hand behind Rajapaksa’s troubles The United States has been targeting him with the human rights stick ignoring its own contribution to the success of the war against the separatist Liberation Tigers of Tamil Eelam, (LTTE).

Washington is disturbed by Rajapaksa’s China fixation since President Obama has been pushing his “pivot to Asia” policy in order to checkmate China in the Pacific and Indian Ocean regions. Five years ago, the US Senate had come up with a report that concluded that the “US cannot afford to lose Sri Lanka.” Its author was John Kerry, who has since become the Secretary of State. If we are to believe the conspiracy theorists in Colombo, “The Obama administration can no longer afford the time to pressure Rajapaksa into line and decided on regime-change”.

Such theories make compelling reading but ignore the fact that Rajapaksa has suffered a self-goal. There was no need for him to advance the poll date. Yet he did.

Obviously, he was aware of the growing unrest against his rule which, according to the Opposition, was characterized by nepotism, misrule, corruption and authoritarianism. His egg-heads expected the situation to turn against the regime over the next two years and thus make him vulnerable to external onslaughts on human rights issue. The only way to silence his critics at home and abroad was an early vote that clearly and conclusively demonstrated his electoral clout. Put simply, Rajapaksa camp had hoped to appear as the only known devil before the Americans, and rest of the world.

What about India, which has a big stake in the unity and territorial integrity of Sri Lanka?

Prime Minister Modi and Rajapaksa have had a good personal equation that has helped to ease tensions over fishermen issue. It did not stand in the way of Modi tweeting congratulations to Sirisena even before the counting ended in Colombo. Also, it is public knowledge that TNA announced its support for Sirisena in a December 30 press conference upon the return of  Sampanthan from a visit to India.

(The writer, Delhi-based senior journalist and South Asia analyst, can be reached at mramarao2008@gmail.com)