Journalists as Jaitley Fans is No News 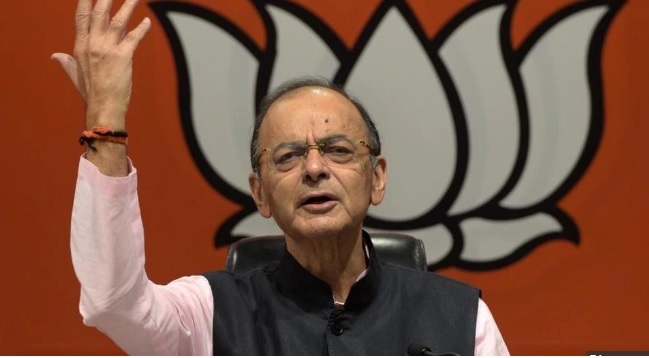 Home » News » Journalists as Jaitley Fans is No News

By Atul Cowshish
A somewhat amusing controversy seems to have erupted following the rash of panegyrics by journalists on Arun Jaitley after his demise. What has probably angered some is the drooling by journalists who are supposed to be ‘hardboiled’ and, hence, show restraint in expressing their emotions publicly. If this is indeed what some find upsetting then in today’s India it looks irrelevant.

There was never a time in the past when some ‘top’ or ‘senior’ journalists had not cultivated ministers or politicians in power and appear to be their ‘personal friends’. Their proximity to the power centres might not have been known widely outside the profession, but it was not a secret among the ‘insiders’.

Admittedly, Jaitley had more friends in the fourth estate than any other minister or party factotums. Howsoever distasteful this comparison might look, it can be noted that another popular and likeable NDA leader, Sushma Swaraj, who died only days before Jaitley, did not invite the same scale of tributes in the media as Jaitley has. It will appear that Sushma Swaraj did not have the same fan-following as Jaitley had probably because his roots in the capital went back to his childhood and youth while Swaraj migrated to Delhi as a young politician.

Swaraj had bowled over many Indians and scribes because of her frequent rescue acts of Indians stranded abroad. But at personal level, she lacked friendship with as many journalists as Jaitley. This is no fault of hers; just a statement of facts.

Jaitley could get from the media what he wanted without sounding or using his ministerial or political clout. This is different from the power used by some of his party members and officials who had ‘messages’ for erring journalists or media houses. One BJP office bearer is said to be directly calling newsrooms and a senior officer in the PMO dials editors and proprietor should it become necessary to play up or play down (or delete) a news item. Jaitley did not have to resort to such crude ways of interference because of his friendship across a wide spectrum in the world of journalism.

It can hardly be disputed that the trumpeters of the ruling party and the government it heads has grown exponentially in the last five years or so. It was best illustrated when a large number of ‘top’ journalists—mostly editors and proprietors—had gathered to meet Narendra Modi, then a newly appointed prime minister. These ‘top’ men and women in the profession fell over each other to click ‘selfies’ with Modi as though they were teenyboppers suddenly come face to face with their idol.

Well, if that is not a sufficient proof of how most of today’s journalists—whether at the top or at the bottom—take pride in flaunting their unquestioning adulation of the prime minister then tune into any TV channel or the ‘mainstream’ newspapers. With a few exceptions, there is nothing but eulogies of the prime minister. It will invite serious charges if any journalist dares to put ‘uncomfortable’ questions to any ministers, much less the prime minister.

A question will be asked that even if there is blind following of Modi how does it mean that Jaitley, a minister in two previous BJP governments, had a ‘genuine’ fan following of his own among the journalists and never had to allude to his position? Two simple reasons should be obvious. His affability and sophistication, coupled with his high intelligence quotient, set him apart from almost all his ministerial and party colleagues. He was also among the very few ministers in the Modi government who could converse in English which was reassuring for the non-Hindi speaking journalists.

The second reason, which may be disputed by some, is that Jaitley himself was interested in making friends in the media in a political setup where his ‘boss’, the prime minister, was known to be averse to most journalists. It was in Jaitley’s interest to have friends in the media who would overlook Modi’s loathing of journalists since he himself was quite accessible to the media.

During Jaitley’s ministerial tenure he was perhaps the only BJP leader occupying a high position who would take journalists—‘friends’– into confidence on important matters. This kept journalists more than pleased.
The present ruling party is overflowing with the means that can and do influence opinion in the media—including selective release of advertisements. But as long as democracy remains alive in India it will be impossible to cut out altogether the critical section of the media. The trick for the ruling dispensation lies in restricting the size of the unsympathetic section. That Jaitley could do fairly well with his ‘personal friendship’ with journalists, many of whom known to him from his days of activism in ABVP politics.

It surely had something to do with Jaitley’s ‘touch’ that there was only a modicum of outrage in the fourth estate as the government went about muting dissent during his stewardship of various ministries, including information which deal with the media. Jaitley was a minister when the overwhelming section of the Indian media, particularly the electronic media, said goodbye to its traditional watchdog role and began to resemble the waging tail of the government.

Jaitley may have uttered some words in defence of freedom of the press and all that but it meant little because at the end of the day the situation did not change yet the number of his ‘friends’ among journalists kept going up. As far as one knows no obituary by journalists has mentioned the fact that he had not done much to stop the smothering of dissenting voices.

This is not a criticism but another proof of how he was able to use his personal equation—call it charm– with journalists to the advantage of his party. The ‘mainstream’ media does talk about curbs on freedom or one-sided coverage in the press but only occasionally, perhaps to keep its conscience clear. Again, Jaitley could not have been faulted if the media decided to ‘crawl when he had not even asked it to ‘bend’.