Man’s Quest For Freedom And Peace 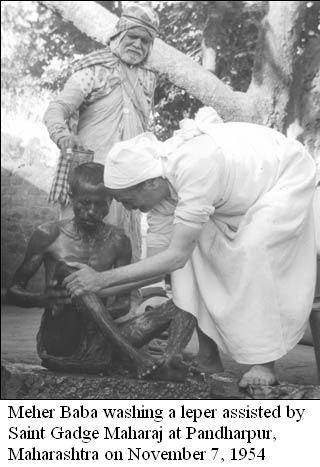 Can Man measure sky?
Yes, he can, anything in creation and beyond.
Yet, the limits are everywhere
When one draws a circle, he limits the universe.
When one makes a statement he limits the concept.
When one lives, his life is the limit, my dear
The universe exists to the limit one sees it.
So not the sky, but one’s eye is the limit, my dear
The life is finite and a continuous fire of low flame.
A name game, which the gods play in the mortal frames.
Man can scan all that is bound by limits
And all that is beyond.
For every time the man dies
He leaves his mind to defy.

Although mind is a measure of all the finite things, man can measure even beyond, with infinitely free intelligence and consciousness within. This was the reason that God asked gods to bow before man, a mortal with infirm existence and a human frame.

Says Holy Quran:
“Behold thy lord said to the angles; I am about to create man from a sounding clay. From the mud moulded into shape. When I have fashioned him and breathed into him my spirit, Fall ye down in obeisance unto him.” (S15 26-28)

Light from the moon is not original. It is the reflected light of sun. Even a full moon light is not the measure of full light, since it does not measure, the light beyond the boundary of the moon.

The vast expanse of universe is filled with the light which we are unable to see. This entire expanse, beyond the surface of moon and stars is beyond the perception of our eyes, but it is not beyond the scope of a little thinking thing- the human mind and the eye during a deep leap into the realm of pure consciousness. It is like taking the ball beyond the boundary.

When going deep within – the state of Nirvikalpa samadhi, most of those who had gone do not return to tell. The few, who return entering the state of Sahaja Samadhi, speak in a symbolic language, which people often don’t understand or misunderstand. The difference between the two states is explained by Meher Baba in his discourses. The Bible also explains the same thing in the words of God, when it says He made animals after their own kind and that man he made in his own image and likeness.

What is the meaning of after their kind? It means that they all were made after the nature of flesh and their whole life ended with struggles for survival. Man alone was created after soul, for the beyond the survival life of immortality, knowledge, wisdom, and freedom.

The general character of soul is freedom. It revolts against all structures and rules consequent to those sets. It is a general principle of defiance, which is inherent in all bodies and structures. The soul craves freedom and stands against all rigid principles of governance and control, from atomic structures to social structures. The soul revolts, therefore there are revolutions. The soul revolts, therefore there is evolution. The basic nature of soul is peace and freedom. It revolts till the twin objectives are gained. At this stage the soul meets and merges in the Over Soul. An important difference between mind and soul is that while mind reflects light like the surface of moon, the light of soul is original like sun. It is the light of light.

In Sanskrit, Kala is time and the Kala is the segment of illumined space of mind as well as moon. 15 segments of light are needed to make a full moon. But all this is reflected and not the original light. The light beyond the moon space is 16th Kala The one who is able to see it, is the man of illumination, the one who can see the light within darkness – they are Rishies (seers) as Indians call them. .

The knowledge which Seers gather is not all collected by the indirect reflections, but with the direct perception of truth. That is why Lord Krishna is described as the incarnation of 16 K?la.

Knowledge is both aparaand para, that with physical limits and beyond. The manifest (Murta) as well as unmanifest (Amurta). The existence is truth, which could be both attributeless (Nirguna) or with attributes (Saguna). Both these states are within human cognition and comprehension. That makes man unique in animals and also one who is envied even by the gods.

In Tantra, the same truth is explained but in a different way. In it the eight-fold nature of earthly existence – the Ashtadha Prakriti, (the five earth elements + mind + intelligence + ego) is defined by the octagon and the Soul – the light beyond, by the point in its centre. While the eight fold nature is creation, the point beyond is the creation point: the one unmanifest, from where all creation begins and ends.

Ram Navami is a popular Indian festival. The Sanskrit word nava, Latin novo and the English word new have a common Indo-European origin. These words have similar meaning also, suggesting common strands of cultural communication in the past. The symbolic meaning of number 8 is the eight fold nature of creation. The number nine, the day of lord Ram’s birth signify a de novo birth, beyond the nature’s realm and boundary. It is the same phenomenon which Christians ascribe by birth to Christ.

This is what makes me believe that while symbols and expressions may differ from religion o religion the truth remains the same in almost all gospels. So is the truth of evolutionary journey of God to Man, and Man to God and the evolutionary goal of freedom and peace, here and beyond.

Flowers of spring die, fresh flowers emerge on the old stocks, they are of same frame, form and spirit, and yet, they are new. The creation is hard wired not to die. So is true of the sounding clay, you and I, who refuse to die. More so, we always keep to be undefiled, pure and virgin. I don’t know whether heavens really exist or not. But they do exist, in our quest for peace, here and hereafter. We are born virgins; our souls remain unpolluted, so long as we keep to ourselves, in our journey to earth.

Man was given the knowledge of all secret things of nature and beyond. The secrets were not made open even to the angles. It’s a great assurance and a great a hope to the mankind.