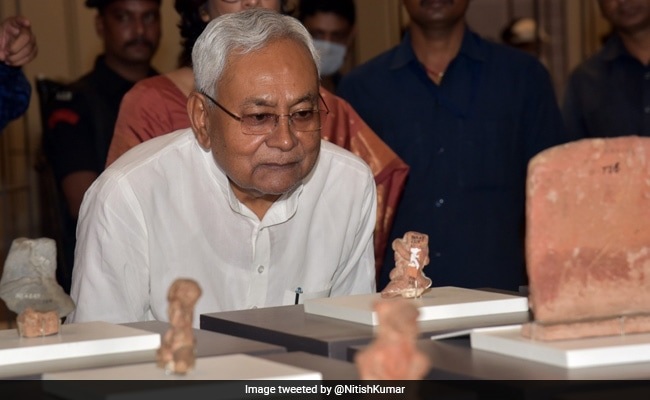 It needs no repetition that Narendra Modi would stay in power all his life unless the entire Opposition joins hands to dislodge him. Nitish Kumar apparently seems to be doing that—hoping to unite the Opposition parties despite knowing that it is not going to be easy.

Indeed, bringing the entire Opposition on one platform appears a near impossible task, especially when many Opposition parties treat the Congress as ‘untouchable’ but it is also true that a pan-India front without the Congress doesn’t make sense.

All Opposition efforts in the past have floundered because there are parties within the Opposition which vehemently oppose each other and their differences are irreconcilable. Some would say that it is also because the anti-BJP stance of some Opposition parties is suspect. Barring the Congress, nearly every Opposition party of today has shared power with the BJP at one time or the other in the past.

The past experience holds little promise that the Bihar chief minister and JD(U) leader, Nitish Kumar, will pull through a miracle and corral the heterogeneous crowd in the Opposition camp in one corner for a joint fight. Nitish Kumar is as aware of the hurdles as anyone else. So, if he has continued with his unity efforts he may have a premonition or confidence to succeed.

Of course, Opposition unity in today’s context does not mean merely unity of disparate parties. It also has to take into account the vital question of who will be its leader—the prime ministerial candidate at the next round of Lok Sabha polls. There is an undercurrent in favour of Nitish Kumar but he himself denies interest in becoming prime minister.

The situation on the ground still does not encourage optimism on unity and not because of absence of unanimity on the choice of the prime ministerial candidate. It is the matter of stitching together a viable and effective Opposition consisting of nearly all the major political setups wanting to oust the BJP.

While Nitish Kumar goes ahead with his unity moves by meeting nearly all the Opposition leaders, there is the chief minister of Telangana, K.Chandrashekar Rao (KCR), who had announced that he would raise a ‘third front’ even though such a front has been talked about ad nauseam, each effort crashing before takeoff.

A ‘third front’ basically means bringing together non-BJP and non-Congress parties but they have to compete for power in their area of influence with the two parties, one oldest (Congress) and the other now built as an ‘invincible’ force. KCR cannot accept a front that has Congress in it because in his state his main challenge comes from the Congress and the BJP which hardly existed in the region but is believed to have gained strength of late.

There are other regional leaders equally placed vis-a-vis the Congress. Mamata Banerjee and her Trinmool Congress Party in West Bengal successfully defeated the BJP challenge in the last state assembly polls but she cannot allow the Congress, the ruling party in West Bengal for many years in the past and now near extinct, any opportunity for revival.

Moreover, a joint front of Opposition parties will also include the CPI(M) and other Left parties whom she had dislodged through the ballot after three decades of Left rule. In order to keep her West Bengal citadel safe, Mamata Banerjee is unlikely to agree to shake hands with her three political adversaries who have dominated state politics—the BJP, the Congress and the Left.

While still on Mamata Banerjee, it needs to be pointed out that her mercurial temper and her habit of saying things without considering the consequences of her words makes her rather unpredictable and undependable. Just the other day, she had created more than a ripple by praising the RSS, the ideological fountain had of the BJP.

The Aam Admi Party supremo Arvind Kejriwal may not have counted for much had there been no signs of his growing footmarks beyond Delhi. His party is now in power in Delhi and Punjab; in both states the Congress is his main rival. He has also decided to test the electoral waters in Gujarat and Himachal Pradesh where again his challenge comes from the BJP and the Congress.

In the politically crucial state of UP, the Akhilesh Yadav-led Samajwadi Party had brusquely said no to any alliance with the Congress in the recently held state assembly elections. Having lost the polls to the BJP the last thing he would want to see is providing any kind of opportunity to the Congress to pave the way for an effective presence in UP.

UP has also been a stronghold of the BSP of Mayawati. But nobody in the Opposition finds her a fit candidate for any position in a front that seeks to wrest power from the BJP. She hardly makes her closeness to the BJP under wraps.

The Biju Janata Dal of Naveen Patnaik in Odisha is another political party that is vehemently opposed to the Congress. Many believe that the BJD has a ‘secret’ understanding with the BJP that would prevent it to be part of any front working to dislodge the BJP.

These are some of the realities that would appear to make the Nitish mission look doomed and the aim of licking the BJP impossible to achieve. But there is perhaps a formula that looks promising.

It has been proposed by the NCP chief, Sharad Pawar, the ‘doyen’ of Indian politics and a ‘Chankaya’ in his own right. His appeal to the Opposition parties is simple: All the parties which want the BJP to go  must first think of dislodging the ‘invincible’ saffron party with their combined power.

The question of choosing the prime minister can be decided after victory on the basis of ‘numbers’ as well as consensus. This formula may not appeal to all the Opposition parties, but its acceptance will depend on the persuasive skills of the Bihar leader. Obviously, a lot will also depend on the willingness of the ‘ambitious’ leaders to make ‘sacrifice’.

If Nitish Kumar has a magical formula to break the likely impasse over a united front and the choice of its leader he has kept it close to his chest. He cannot be faulted for that; exposing all his cards at a nebulous stage would be a cent percent recipe for the failure of his efforts###.