US pushes back Afghanistan timetable as fighting escalates

Home » News » US pushes back Afghanistan timetable as fighting escalates 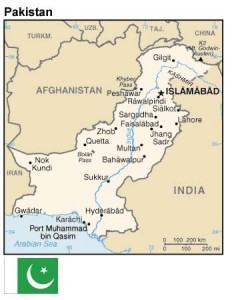 In the run-up to next week’s NATO summit in Lisbon, Portugal, there has been a steady drumbeat from Washington dismissing the July 2011 date set by President Barack Obama for beginning US troop withdrawals.

Instead, top officials and others close to the administration have put forward the end of 2014 as a target for a “transition” of military operations from US-led occupation troops to Afghan puppet security forces.

US Special Representative for Afghanistan and Pakistan Richard Holbrooke told reporters covering the two countries that the US had “no exit strategy” from Afghanistan.

“I would urge you to focus more on the transition policy that is evolving and which will be unveiled in the Lisbon Summit next week, where we are going to focus on an orderly process on the next four years, in which international combat troops would be gradually replaced by local Afghan security forces,” he said.

Holbrooke predicted that the four more years of US-led occupation would be “formally enshrined” in the declaration issued by the Lisbon conference, to be held November 19-21. He added, however, that even after 2014 there would be a continuing US and NATO presence in the country as the “transition” continued for a number of years.

According to the New York Times, Gen. David Petraeus, the senior US commander in Afghanistan, will present the NATO summit with a “transition plan” that proposes “a gradual four-year shifting of security responsibility to the Afghans.” The document would include no deadlines for withdrawal of troops, now numbering some 100,000, but rather set benchmarks to be met in each province before the US-led occupation would hand over control to the NATO-trained Afghan troops.

Holbrooke also stated that the administration’s review of its Afghanistan-Pakistan policy, which is to be presented next month around the first anniversary of Obama’s announcement of his 30,000-troop “surge,” would produce no significant change.

“We are going to go over every aspect of the policy,” said Holbrooke. “What we have accomplished in the last year, what we could have done better, and the problems ahead. It is not going to result in a major change in American policy. Let’s be very clear that the December review is not going to be a moment for major change.”

Holbrooke’s remarks echoed statements by other administration officials. US Defense Secretary Robert Gates, for example, said at a conference in Australia earlier this week that he hoped the Afghan Taliban believed that the US was withdrawing its troops in July of next year. “It’s not and they’re going to be very surprised come August, September, October and November when most American forces are still there and still coming after them,” he said.

Attending the same conference in Melbourne, US Secretary of State Hillary Clinton and Adm. Mike Mullen, the chairman of the Joint Chiefs of Staff, made similar comments in what appeared to be a coordinated effort to dash any illusions that the Obama administration is holding to the July 2011 deadline.

When Obama delivered his speech at West Point last December announcing the surge that had been demanded by US military commanders, he included the July 2011 deadline to begin the withdrawal of US troops in an attempt to appease antiwar sentiment and dissent within his own Democratic Party base.

Recent opinion polls have shown that popular opposition to the Afghanistan war has only grown over the past year. A poll conducted by the Bloomberg news agency found that only 31 percent of those surveyed believed the war was winnable, while over 60 percent saw it as a “lost cause.” A CNN opinion poll found that 58 percent opposed the war, while only 37 percent supported it.

From the beginning, the military opposed the imposition of such a target date and senior commanders have become increasingly vocal in expressing their opinions. Earlier this year, the Marine Corps’s outgoing commandant, Gen. James T. Conway, went so far as to charge that the July 2011 deadline set by the President “was probably giving our enemy sustenance.”

Last Tuesday, Gen. William Caldwell, in charge of training the Afghan puppet troops, made it clear that the military has already discounted the 2011 deadline and is planning for a substantial presence in Afghanistan well past 2014.

“We believe that we can in fact achieve that and have the Afghan security forces in the lead by the end of 2014,” Caldwell said, adding, however, “It doesn’t mean that there will still not be coalition forces here in support of them.”

Reports from Afghanistan indicate that the US military has sharply escalated attacks aimed at decimating opposition to the occupation.

Ben Gilbert of GlobalPost.com, reporting from a forward operating base of the 101st Airborne Division in Kandahar’s Zhari district, recounted that the American military has “destroyed hundreds of Afghan civilian homes, farm houses, walls, trees and plowed through fields and buildings using explosives and bulldozers” as it prosecutes its offensive in the Taliban stronghold, dubbed Operation Dragon.

“The destruction can appear apocalyptic,” Gilbert reports. “A school had been reduced to flattened rubble by an air strike—American soldiers said it was a Taliban fighting position. Across the road, another pulverized building spilled its rusting rebar and concrete guts into the dirt. A kilometer south, MICLICs [Mine Clearing Line Charges, a massive explosive device that clears 300-foot long paths for tanks and troops] had torn a path along the edge of a village, where burnt trees and battered buildings hugged the edge of the cleared corridor where US troops walked—very deliberately—in the tracks of a bulldozer.”

The report cites growing anger among villagers and warned that the massive destruction is “derailing the all-important counterinsurgency strategy that aims to win the hearts and minds of regular Afghans.”

According to Gilbert, however, US commanders are portraying the wholesale destruction as positive in that it compels Afghans to turn to the US-backed government for compensation. Those who attempt to collect money for the damages are subjected to fingerprinting and having mug shots taken.

Meanwhile, US Air Force figures cited by Noah Schachtman of Wired.com indicate that US warplanes have flown 2,600 attack sorties since General Petraeus took over command of the US-led occupation last June and, in October alone, fired their weapons on 1,000 such flights. This marks a 50 percent increase in air strikes since 2009, and civilian casualties are rising accordingly.

The shift in policy on the use of air power marks one of the biggest changes implemented after President Obama sacked his former Afghanistan commander, Gen. Stanley McChrystal, who had sought to limit air strikes on the theory that anger over the civilian casualties that they produce only strengthened the armed groups opposing the occupation.

At the end of last month, CNN cited figures received in a briefing with Petraeus’s aides indicating a sharp increase in the use of special operations troops in hunting down and killing alleged supporters of the Afghan resistance.

According to these figures, special operations forces carried out 3,438 operations in the 90-day period ending October 21; 1,500 of these involved the use of lethal force. The US military claimed to have killed or captured 339 “insurgent leaders” and to have captured 2,461 and killed 983 “rank-and-file insurgents,” CNN reported. The US military acknowledged, however, that 75 percent of those captured were detained in the immediate vicinity of their homes and claimed that few were subjected to long-term detention.

Both the administration’s policy review and Petraeus’s report to the NATO summit in Lisbon are expected to claim “incremental progress” for the US military surge.

A report released this week by a bipartisan panel of leading foreign policy experts, however, suggests a far less rosy picture. It describes the current situation in Afghanistan as follows: “the Taliban insurgency is more violent than at any point since the US invasion after 9/11. NATO forces are paying a heavy toll. Afghan public enthusiasm for the government is waning after years of unmet expectations. The economy, devastated by more than 30 years of war, has not recovered sufficiently to provide for the people, while the government remains largely ineffective and riven by corruption.”

Convened by the Council on Foreign Relations, the panel that produced the report includes Richard Armitage, a former deputy secretary of state under George W. Bush, Samuel Berger, who was national security adviser to President Bill Clinton, John Negroponte, the former ambassador who was at the center of the US dirty war against Nicaragua in the 1980s and later was Bush’s ambassador to Iraq, and Charles Robb, the former Democratic governor and senator from Virginia.

The report, reflecting the growing crisis within the American political establishment over Afghanistan, describes chances of US victory in Afghanistan as “slim.” It warns that the war’s costs are deepening the economic crisis of American capitalism, even as opposition to the intervention among the American people is growing.

“It is not clear that US interests warrant such an investment,” the report states. “Nor is it clear that the effort will succeed.”

It suggests that Obama’s surge is failing and that Washington should “downsize its ambitions and reduce its military presence in Afghanistan.”

The panel does not suggest abandoning US imperialism’s attempt to exert its dominance in Central Asia, but rather proposes a sharp reduction in US troop levels. It suggests maintaining a force of 10,000 to 20,000 led by special operations units to carry out counterinsurgency and training operations, while seeking to pressure for a political settlement with the Taliban.

It warns that in the aftermath of a US withdrawal, “Afghanistan could easily fracture into full-fledged civil war. That war would be every bit as devastating as earlier Afghan conflicts, creating millions of refugees and widespread humanitarian tragedy.”
( courtesy WSWS.ORG)